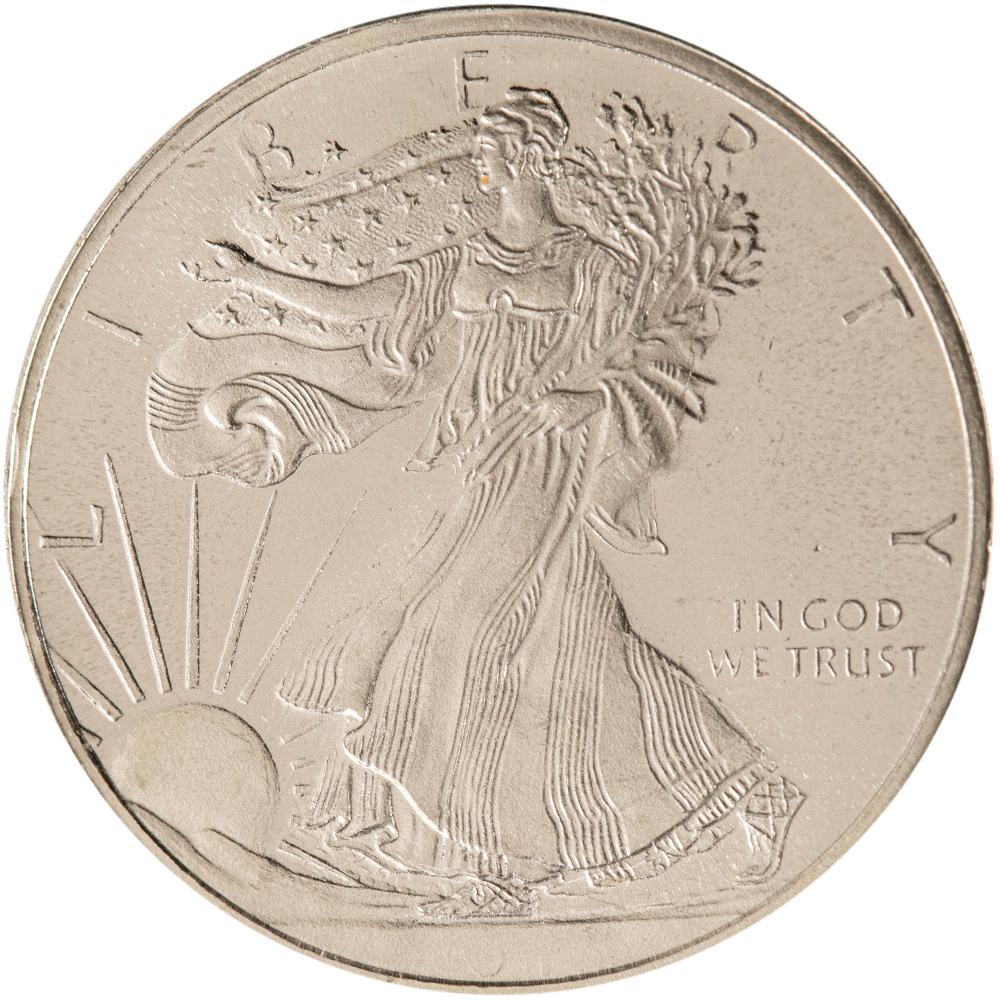 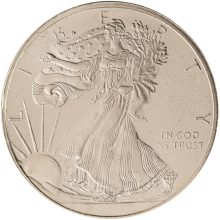 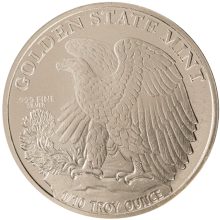 Weinmans image of Walking Liberty on the obverse of the 1/10 oz GSM Walking Liberty Silver Round is said to have been inspired by various images from the late 19th and early 20th centuries. Libertys figure is depicted in left-profile relief as she strides toward the sun on the horizon, one hand outstretched and the other at her side clutching oak and laurel branches. It is believed that Weinman took inspiration from Oscar Rotys Sower female figure on French coins of the era, and that Libertys head and cap in this design were inspired by his own 1909 Union Soldiers and Sailors Monument erected in Baltimore.

The 1/10 oz GSM Walking Liberty Silver Round also features the exact design from the reverse of the Walking Liberty Half Dollar as created by Weinman. Here, an American bald eagle is perched on a mountainside cliff using its talons to clutch a small sapling. Inscriptions here include Golden State Mint, .99 Fine Silver, and 1/10 Troy Ounce.

When you purchase 1/10 oz GSM Walking Liberty Silver Rounds today, you receive your products inside of individual plastic flips or mint tubes of 50 rounds. All rounds are available in brand-new condition.

If you have questions, please feel free to contact BGASC. We are available to you at 888-992-4272, online via our live chat, and through our email address.