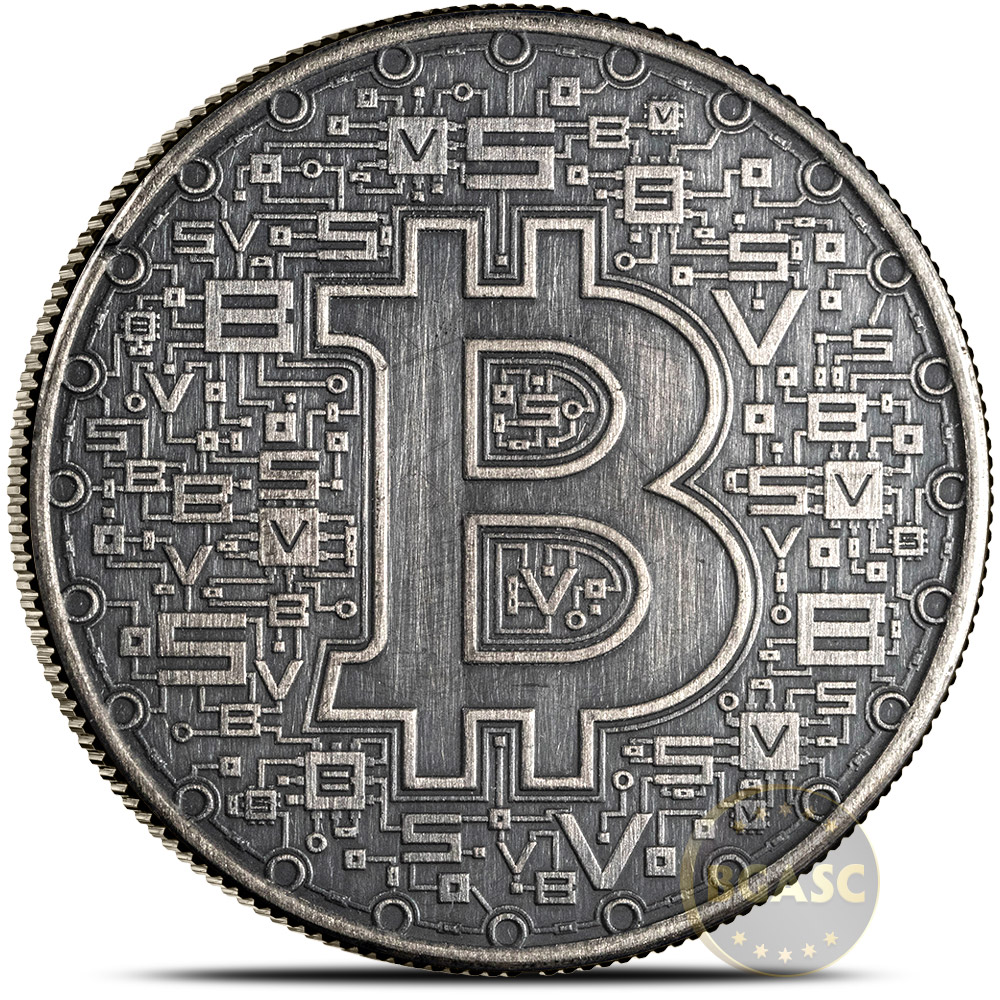 For the better part of recent human history, monetary policy has been controlled by central banks and sovereign governments. The 2008 introduction of the concept of cryptocurrency, along with the 2009 release of Bitcoin, marked a potential change in the course of human monetary policies. Though Bitcoin was originally coveted by a small group of people who believed in entirely free markets, it has gained wider attention in recent years. BGASC now has 1 oz Silver Crypto Commemorative Bitcoin Rounds available to you for purchase online.

When you purchase a 1 oz Silver Crypto Commemorative Bitcoin Round, you receive an item that is housed inside of an individual protective plastic flip. Available in brand-new condition, these silver rounds replicate one of the original Bitcoin silver round designs first issued for collectors.

The Bitcoin logo is featured on the obverse side of the 1 oz Silver Crypto Commemorative Bitcoin Rounds. The symbol for Bitcoin features at the center with a capital B struck through the center with two vertical lines. Inscriptions on this side of the round include Bitcoin, Digital, Decentralized, Peer-to-Peer on the top rocker of the design field and AOCS Approved, One Oz .999 Fine Silver along the bottom rocker of the silver round.

First used in 2011, the reverse design of the 1 oz Silver Crypto Commemorative Bitcoin Round comes with a network-inspired design. This points to both the mining process that results in the release of new Bitcoin into the blockchain ledger and the virtual existence of the currency. There is a square field within the design element that includes the initials MJB, honoring the designers of the first silver round with Bitcoin imagery, and a date mark of 2020.

Bitcoin existed in relative obscurity through its first several years of availability. The original users of Bitcoin were predominantly those who made purchases through black markets, such as the famed Silk Road on the dark web. Bitcoins price in 2011 during these initial proof-of-concept transactions rose from $.30 per Bitcoin to $5.27 per Bitcoin. By June, prices had risen to $31.50 per Bitcoin. This was just a hint at where Bitcoin prices were headed. In 2017, Bitcoin prices surged as investors began to get in on the action. Prices for Bitcoin started the year at $1998 per Bitcoin before hitting an all-time high of $19,783.06 per Bitcoin in December.