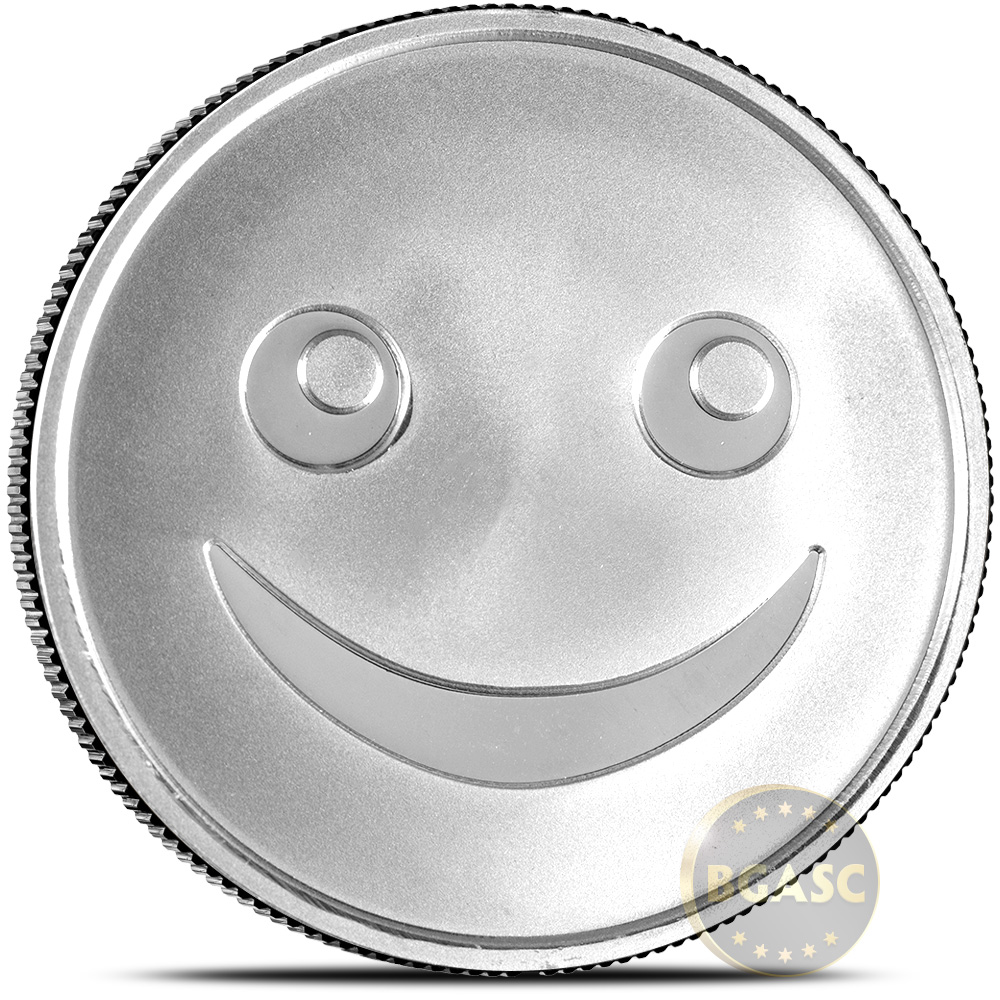 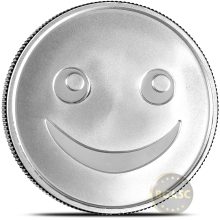 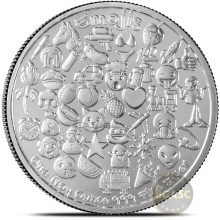 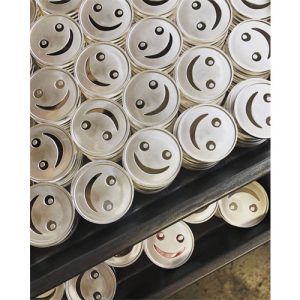 It didnt take long after cell phones were introduced for text messaging to appear. Just as people were abandoning phone calls and face-to-face meetings in the office in favor of emails, the rise of ever-more-capable mobile phones allowed people to skip calling one another while on the go in favor of texting a quick message. The rise of shorthand and emoticons to express sentiments was not far behind. Emojis are now a ubiquitous part of the human dialogue via smartphones. Right now, you can get 1 oz Silver Emoji Smiley Rounds online.

With your purchase of the 1 oz Silver Emoji Smiley Round online, you will receive beautiful new silver rounds that are packaged individually in flips or by multiples of 20 rounds in plastic tubes. These proof-like rounds have a combination of frosted, matte fields, and mirrored fields.

On the obverse side of Silver Emoji Smiley Rounds, you will find a smiley face looking back at you. One of the first emojis youll find on the keyboard when you text someone, this smiling face has big, bright eyes and a smile that stretches across the entire face of the round.

The reverse field of the 1 oz Silver Smiley Round features a variety of other emojis that are popular with smartphone users. These emojis cover it all, from food and drink to emotions, people, animals, and more. Inscriptions on this side include EMOJIS and ONE TROY OUNCE 999 FINE SILVER.

Many historians have likened emojis to the hieroglyphs and cave art of ancient civilizations. However, rather than lacking a formal, written language, modern humans are using emojis to keep up with the fast pace of life in the 21st century. Sometimes it is just easier to send an emoji in response to a text than it is to respond to or explain your emotions. From simple smiley faces in 1999, we now have emojis for food, drinks, money, people, and emotions of all kinds.