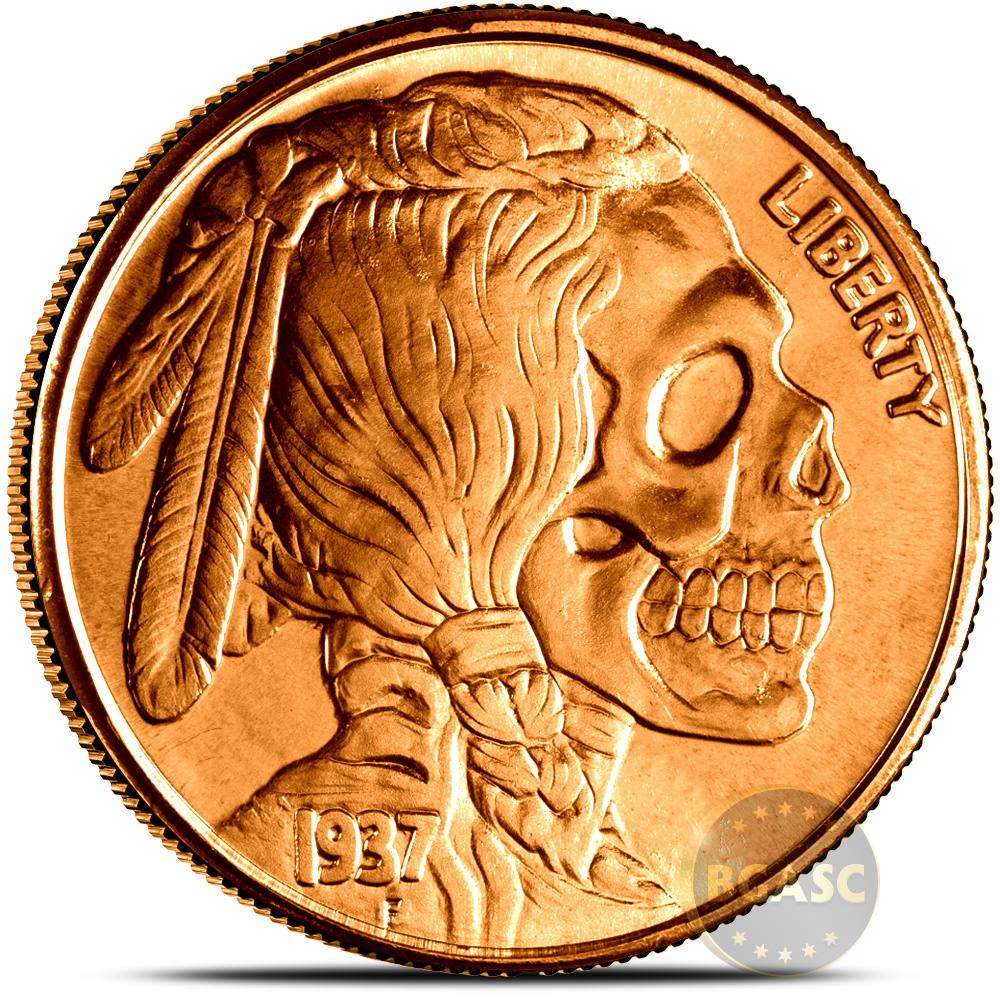 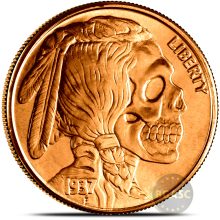 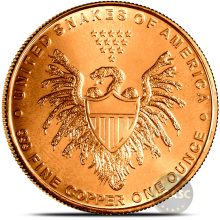 Spanish engraver and artist, Paolo Curcio, is widely regarded as one of the finest artists in the world today. He has created a variety of impressive images over the years for coins or rounds, but few have made the impression of those he created for the Hobo Nickel Series in 2016. A new collection of rounds is available, and Mr. Thes first offering includes the Indian Skull from the first Hobo release. Right now, the 1 oz Indian Skull Copper Round is available to purchase online.

The United Snakes of America collection of silver andcopper roundsincludes five new designs in total, and is meant to represent the dark underbelly of the federal government in the United States of America. The first design reimagines James Earle Frasers Buffalo Nickel (1913-1938), with Mr. Thes Indian Skull on the obverse and a truly unique image on the reverse.

On the obverse of the 1 oz Indian Skull Copper Round is the image of the Indian Skull from Mr. The. It features the same imagery as Frasers right-profile portrait of a Native American chieftain, but reproduces it as a skeletal figure whos been stripped of life and freedom after thousands of years on the North American continent.

The reverse of the 1 oz Indian Skull Copper Round bears a depiction of the Heraldic Snakes of America. Similar in appearance to the heraldic eagle from the American Silver Eagle, this design instead features a multi-headed snake behind the national heraldic shield with its many heads reaching out in various directions.

Future designs in the United Snakes of America Series will include adaptations of the 1804 Silver Dollar, the Continental Dollar, the 1913 Liberty Head Nickel, and the 2010 Lady Justice American Platinum Eagle.

If you have any questions, please dont hesitate to ask. BGASC customer service is available on the phone, online through our live web chat, and via our email address.