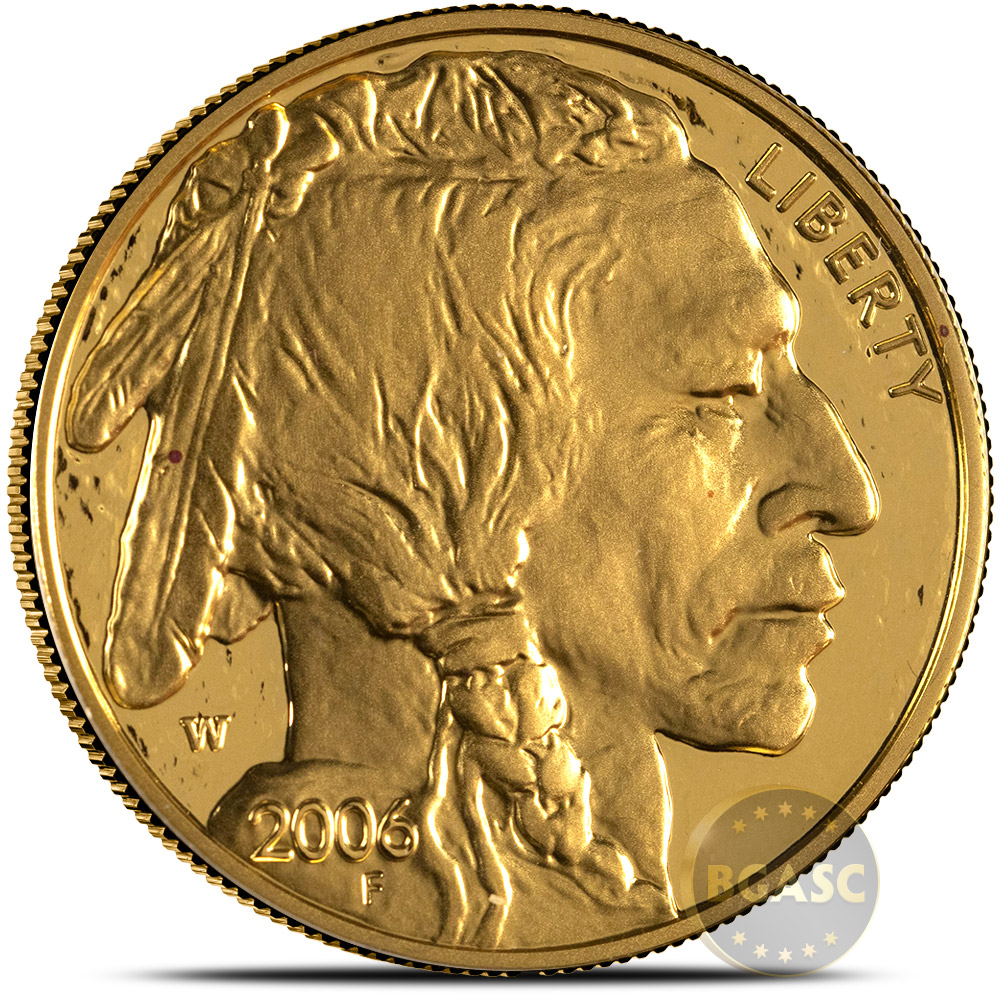 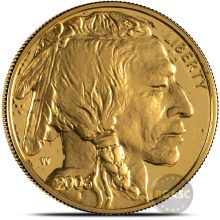 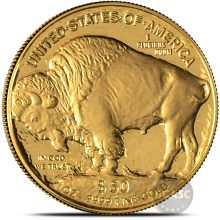 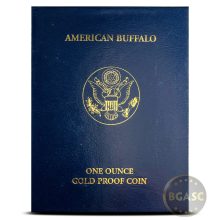 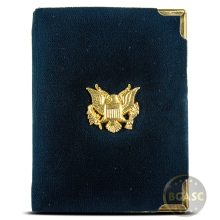 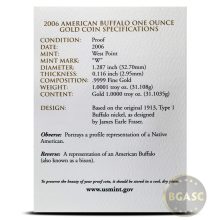 These coins are sourced through a secondary market, so the packaging may show signs of wear or handling. This coin may be packaged in either a wooden display box, or a felt folder; each is original mint packaging. The coin date & packaging you receive will be determined by inventory.

The American Buffalo Coin, or Gold Buffalo, is the only coin ever minted by the United States and offered to the public that is composed of pure 24k gold (.9999). Production of these coins was authorized by Congress through the Presidential Coin Act of 2005, which called for the manufacture of a 24k gold coin with a face value of $50. The first American Buffalo Coins appeared the following summer.

The Gold Buffalos are minted in West Point, New York, and they are limited by law to a run of 300,000 coins a year. Each coin contains one troy ounce of pure gold and has a diameter of 32.7mm, making it a bit larger than a U.S. half dollar.

The design of the coins is taken from James Earle Fraser’s famous Indian Head, or Buffalo, Nickel released from 1913 through 1938, one of the most beloved and popular coins ever issued. With his nickel, Fraser, a former student of Augustus Saint-Gaudens, succeeded in capturing the elusive beauty and dignity of the American West. This same spirit has passed on through the American Buffalo Coin. The Native American featured on the obverse, or front, of the coins is believed to be an aggregate based upon three chiefs of differing tribes: Two Moons of the Cheyenne, Big Tree of the Kiowa, and Iron Tail of the Lakota Sioux. The reverse, or back, of the coins features the famous profile of Black Diamond, a 1,550-pound American Bison then living at the Bronx Zoo. The American Buffalo Coins offer the discerning investor the rare opportunity to own the only pure 24k gold bullion coins whose purity and composition are guaranteed by the Government of the United States.