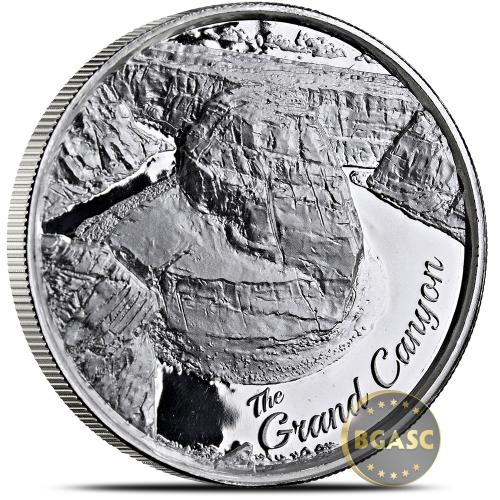 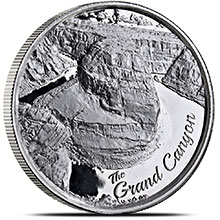 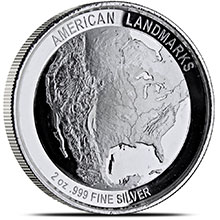 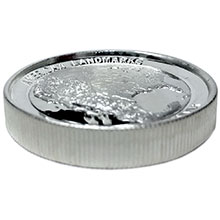 The 2 oz Silver Grand Canyon Ultra High Relief Round is the first design released in Elemetal’s “American Landmarks” series. Being one of Americas greatest natural wonders, here it is commemorated on a 2 oz silver bullion piece that will add a little bit of history and diversification to your precious metals holdings.

These secondary market silver bullion rounds have been previously owned and/or circulated, therefore may have minor nicks, scratches, toning, or other surface marks. Toning sometimes occurs due to the natural oxidation process, but has no negative effect on the value of the silver.

Arizonas Grand Canyon has served as the center of Native American culture and commerce for centuries. The first tribes settled in the region as far back as 1200 BCE. The canyon itself was formed by the forces of water and time as the Colorado River cut through the region. Over the course of 17 million years, the river carved a path that is 18 miles wide (at its widest) and more than a mile deep (at its deepest).

On the obverse side of the 2 oz Elemetal Grand Canyon Ultra-High Relief Round you can see the image of Horseshoe Bend in the Grand Canyon. Held flat in your hand, youll see the rock formations appear to jut upward off the rounds surface. A lone engraving of The Grand Canyon is featured on this side.

The reverse features a geographic map of North America, including the whole of the United States. Engravings read American Landmarks above, and 2 oz. .999 Fine Silver below.

Elemetal Mint is the established brand name for a long-standing partnership between OPM Metals (Ohio Precious Metals) and NTR Metals (North Texas Refinery). Both entities have a solid record of producing quality precious metals bullion products that can be offered at an affordable price to our customers, and the 2 oz Ultra High Relief Grand Canyon Rounds are no different.

Individual Grand Canyon rounds are shipped in a protective poly bag while quantities of 10 ship in a free coin tube.