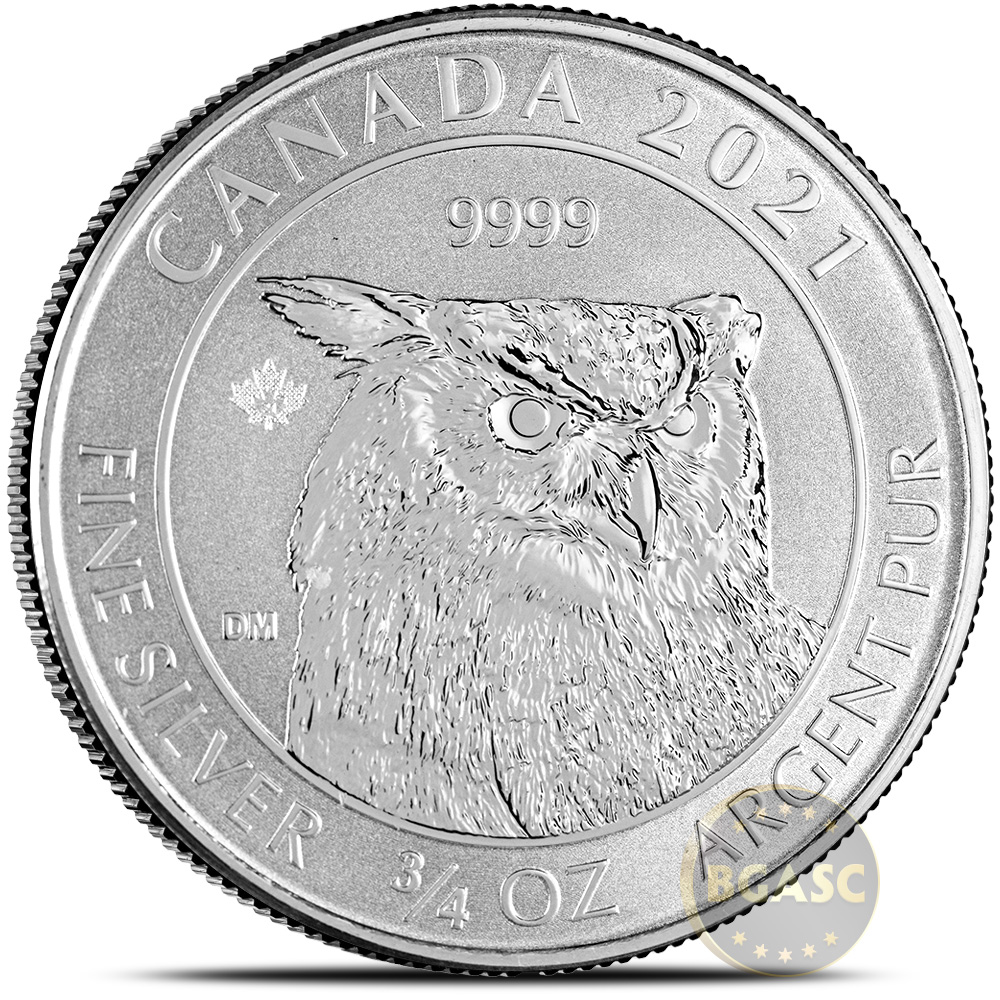 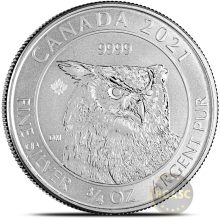 The Animal Portrait Series takes flight in 2021 with its first depiction of an aerial predator from Canada. The Great Horned Owl has been chosen to feature fifth in the series, making a return to Canadian coinage after previously featuring in another massively popular collection from the Royal Canadian Mint. Today, you have the chance to get 2021 Canadian Great Horned Owl Reverse Proof 3/4 oz Silver Coins online.

The Animal Portrait Series features designs on the reverse from Denis Mayer Jr., a noted Canadian artist who has worked with the Royal Canadian Mint on a number of coin programs. The series launched in 2017 with a depiction of the Bighorn Sheep. After following that up with the Wolverine, Mustang, and Woodland Caribou, the series now takes flight with the Great Horned Owl, the most widely distributed and common owl in the Americas.

On the obverse of 2021 Canadian Great Horned Owl Reverse Proof 3/4 oz Silver Coins is Queen Elizabeth II. Her Majesty is shown here in right-profile relief without a crown on her head, a first for a Canadian coin portrait during the reign of Queen Elizabeth II. This design was created in 2003 by Susanna Blunt. The inscriptions on this field of the coin include Elizabeth II, D.G. Regina, and 2 Dollars.

The reverse side of the 2021 Canadian Great Horned Owl Reverse Proof Silver Coin features the head of the Great Horned Owl. In this design, you can see the taller feathers on the head of the owl that give it its name. These feathers are often misinterpreted as ears, when in reality it is just two taller tufts of feathers. The RCMs micro-laser engraved privy mark is found on this side of the coins. The maple leaf privy has the 21 date in the center that is visible only under magnification.

The Great Horned Owl now appears for the second time in a major Canadian bullion coin program. It was previously featured in the popular Birds of Prey Series from the Royal Canadian Mint and was designed for that series by Emily Damstra.