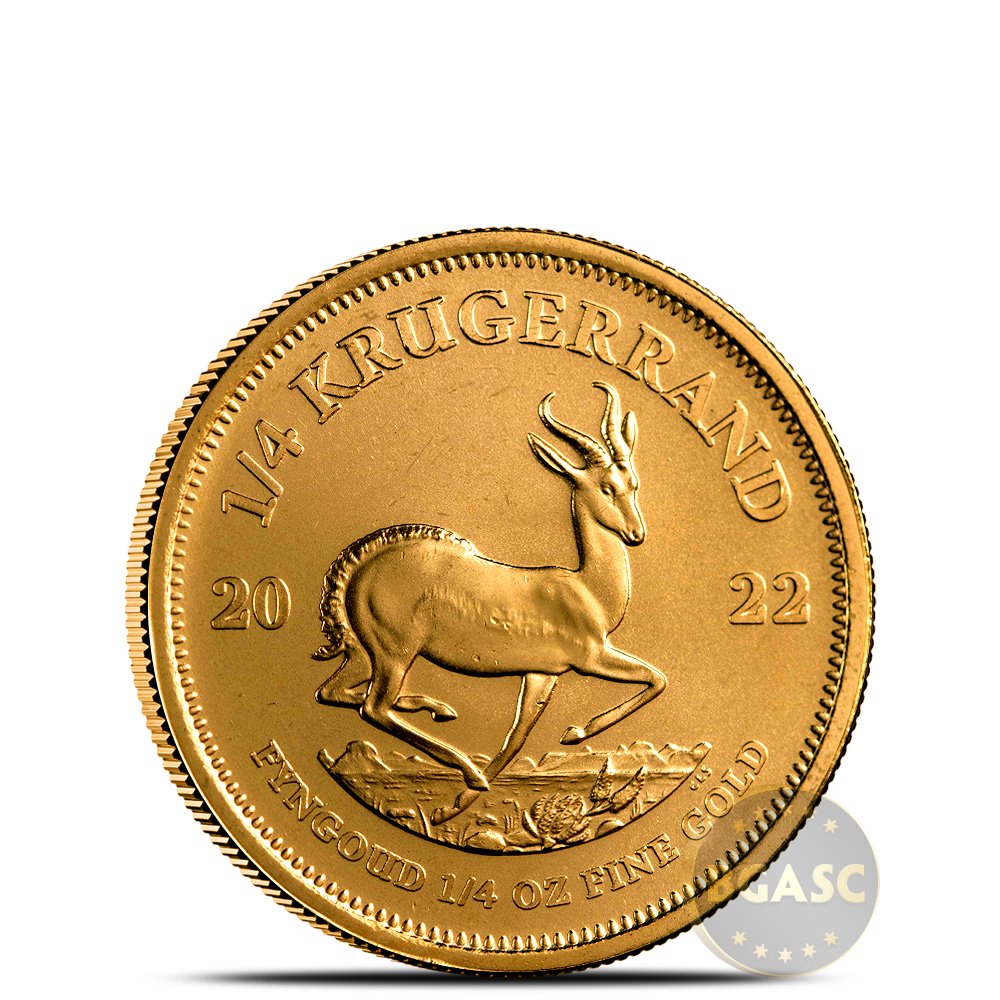 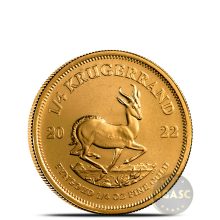 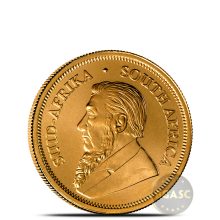 The popularity and success of the South African Krugerrand coins from 1967 to 1980 resulted in other nations issuing gold bullion coins starting in 1979. The first was the Canadian Maple Leaf in 1979, followed by the Chinese Panda in 1982, the American Eagle in 1986, and the Australian Nugget and British Britannia in 1987.

On the obverse of 2022 South African Krugerrand 1/4 oz Gold Coin is an effigy of Paul Kruger. The former four-term president of the South African Republic, Kruger is shown in left-profile relief with his long, trademark beard. This stately bust of Kruger was created in 1892 and comes with inscriptions of SUID-AFRIKA and SOUTH AFRICA. These inscriptions are in Afrikaans and English.

The reverse side of the 2022 South African Krugerrand Gold Coin features an image of the Springbok antelope as it is seen pronking. The term pronking refers to a gait used by gazelles and antelopes that consists of several leaps in a row that culminate in the creature getting up to 4 feet off the ground with all four legs at once. The inscriptions on this side read 1/4 KRUGERRAND, 2022, and FYNGOUD 1/4 OZ FINE GOLD.

The 1/2 oz, 1/4 oz, and 1/10 oz Krugerrands debuted in 1980, continuing the dominance of the South African Krugerrand in the gold bullion market. Not only was the Krugerrand the first modern gold bullion coin following its 1967 release, but it also became the first gold coin series to offer fractional-ounce coins with the 1980 debut of these weights.

These 2022 South African Krugerrand 1/4 oz Gold Coins are available in Brilliant Uncirculated condition. The gold coins are packaged individually in plastic flips or by multiples of 50 in protective tubes.