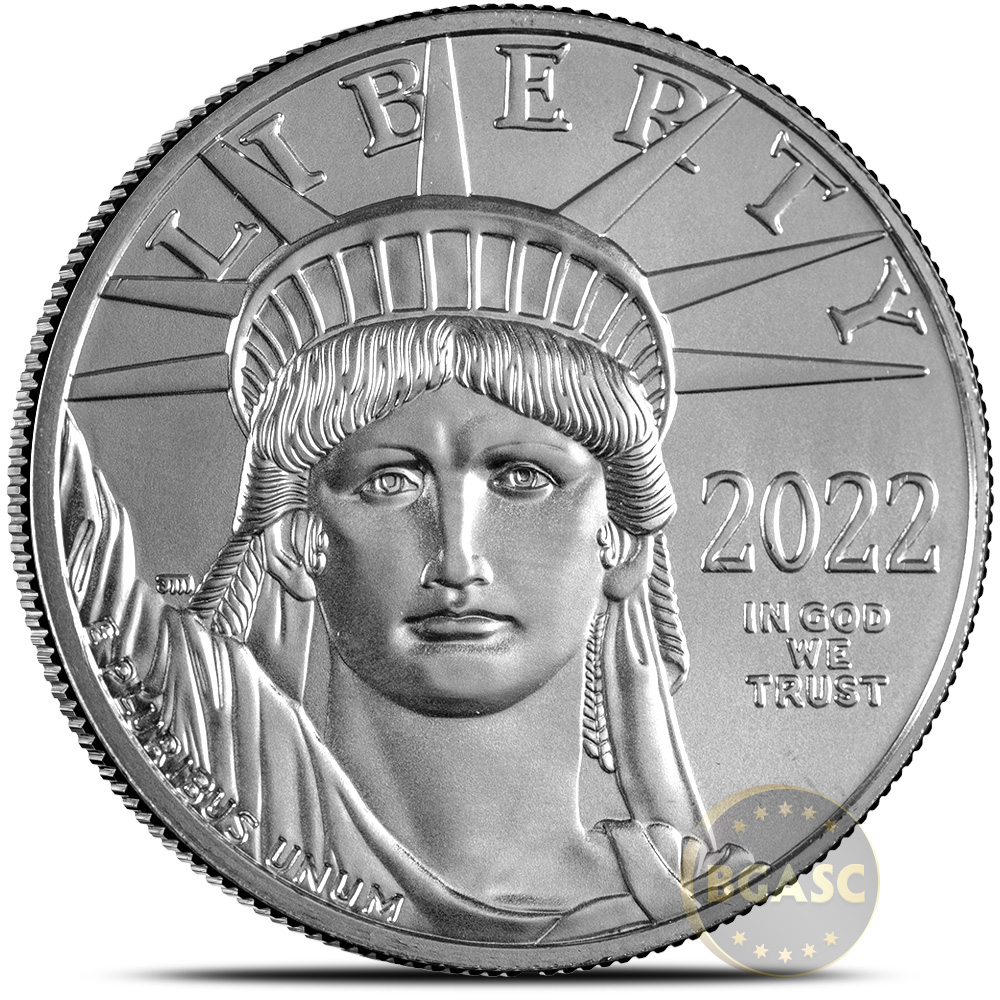 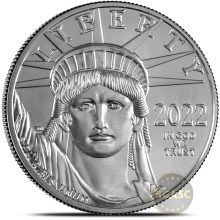 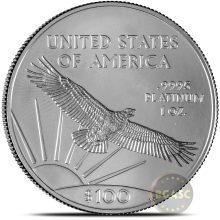 In the reverse design of 2022 American Eagle 1 oz Platinum Coins, the mint continues with the depiction of an American bald eagle in flight. This design was created by US Mint Assistant Engraver Thomas D. Rogers in 1997. The design shows a bald eagle as it soars into viewing gliding through the air with its wings fixed at full stretch. The design field includes inscriptions of UNITED STATES OF AMERICA, .9995 PLATINUM 1 OZ., and $100.