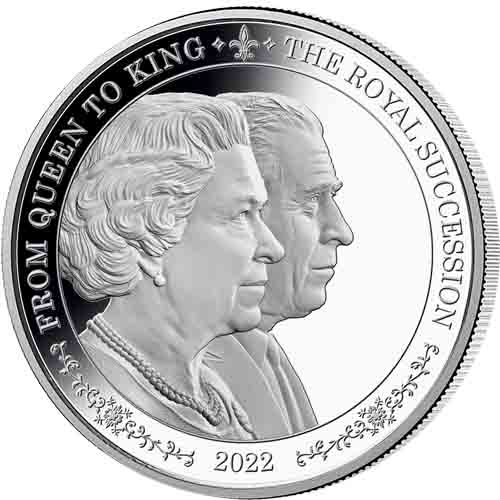 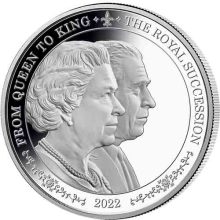 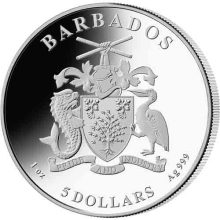 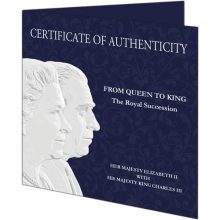 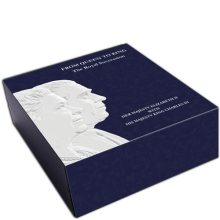 With the passing of Queen Elizabeth II, the United Kingdom is preparing for its first Royal Succession in seven decades. Next May, Charles III will officially be coronated, and in honor of the occasion, a new series has been developed that will surely excite followers of the Royal Family. Featuring a double portrait of Queen Elizabeth and King Charles, these coins are the perfect way to commemorate this historic moment in the British monarchy. Right now, you can buy the 2022 Barbados Double Portrait of Queen Elizabeth II and King Charles 1 oz Silver Coins online.

When you order 2022 Barbados Double Portrait of Queen Elizabeth II and King Charles 1 oz Coins in this online listing, you will receive a .999 pure silver specimen with proof-like visuals. Each coin will also arrive in its original mint packaging, which consists of an elegant presentation case and a Certificate of Authenticity from the mint.

On the obverse face of 2022 Double Portrait of Queen Elizabeth II and King Charles 1 oz Silver Coins you will find the Barbados coat of arms. In this official design, youll find a dolphin and a pelican supporting a shield decorated with a fig tree. A fist also rises above the shield holding two sugar canes. Inscriptions on the obverse field read BARBADOS, 1 OZ, 5 DOLLARS, AG .999.

The reverse of 2022 Barbados Double Portrait of Queen Elizabeth II and King Charles Silver Coins depicts Queen Elizabeth and King Charles in a portrait. These dual images were designed by David Cornell and beautifully represent the transition of one monarch to the next. You will also find inscriptions on the reverse reading FROM QUEEN TO KING, THE ROYAL SUCCESSION, 2022.

On May 6th, 2023, Charles III will officially become the British monarch. The ceremony will also include the crowning of his wife Camilla as Queen of the United Kingdom and the Commonwealth realms. This marks the first British coronation since 1953, when Elizabeth was crowned following the death of her father, George VI.

If you have questions, BGASC is here to help. We are available on the phone at 888-992-4272, online using our live chat, and via our email address.