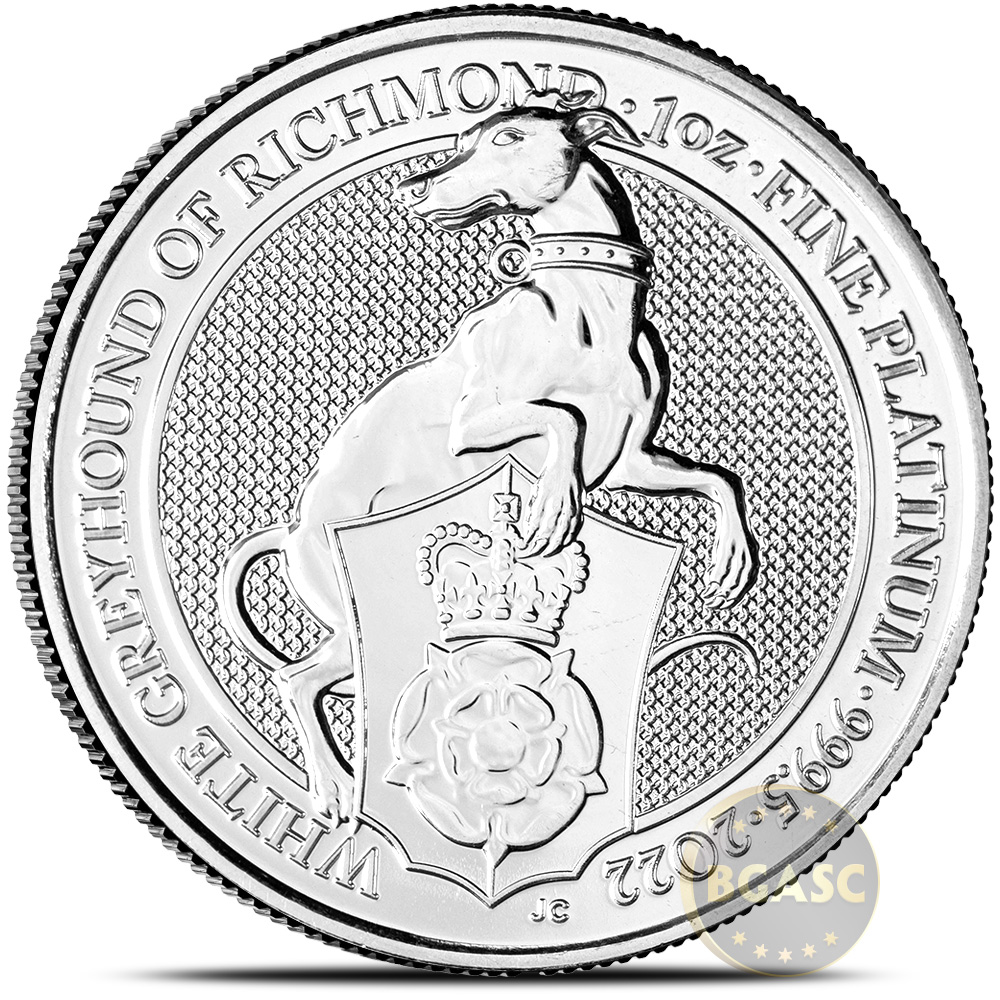 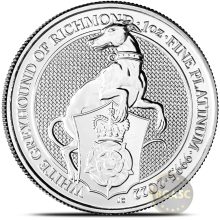 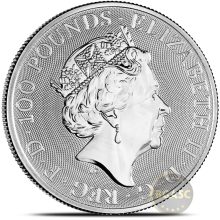 The Queens Beast Series from the Royal Mint reaches its conclusion in the 2021-2022 release cycle. The 10-coin collection features gold, silver, and platinum coins in its BU range, with additional gold and silver proofs available. The last BU coins issued in the series include the 10 oz silver and 1 oz platinum options. Right now, you can buy 2022 British Queens Beast White Greyhound 1 oz Platinum Coins online.

With your purchase of the 2022 British Queens Beast White Greyhound 1 oz Platinum Coin, you will receive a beautiful coin that is available individually or in bulk. Individual coins come with protective plastic flips, while multiples are offered in tubes of 10 coins or boxes of 100 coins. The box holds 10 individual 10-coin tubes. All coins are in Brilliant Uncirculated condition.

Queen Elizabeth II features on the obverse side of 2022 British Queens Beast White Greyhound Platinum Coins. This effigy of the Queen was created in 2015 by Jody Clark and depicts Her Majesty at the age of 89 wearing the George IV State Diadem Crown on her head. The right-profile portrait is the fifth-generation design for British coins and comes with inscriptions of 100 POUNDS, ELIZABETH II, and D.G. REG. F.D.

The White Greyhound of Richmond is found in the reverse design of 2022 British Queens Beast White Greyhound 1 oz Platinum Coins. This design shows the greyhound supporting the shield of the House of Tudor. The shield has two roses, a smaller one set at the center of a larger one. The shield is crowned. The inscriptions include WHITE GREYHOUND OF RICHMOND, 1 OZ, FINE PLATINUM, 999.5, and 2021.