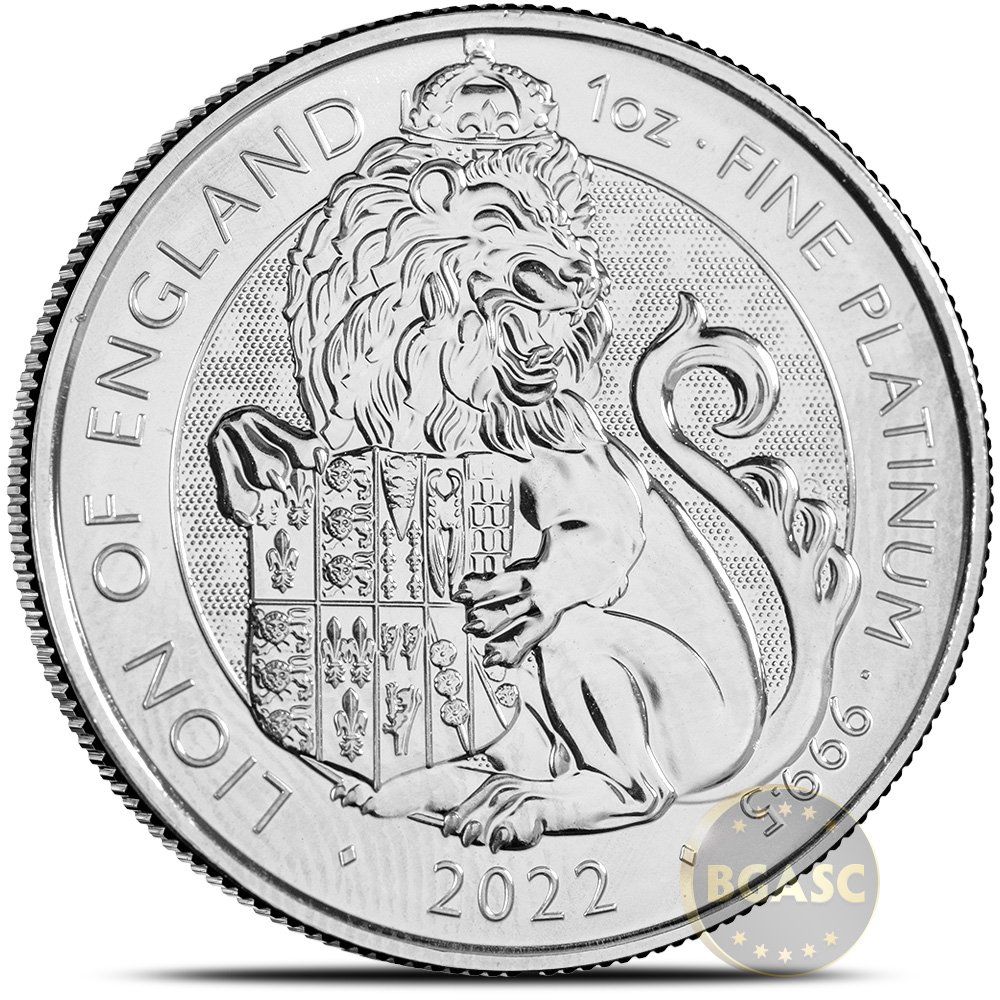 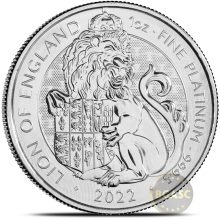 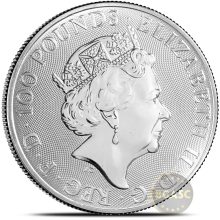 As the Royal Mint moves on from its Queens Beast Series, a new set of heraldic beasts from the history of the monarchy takes center stage. The Tudor Dynasty now takes center stage in the new Tudor Beasts Series, a collection of designs celebrating the stone statues from Moat Bridge at Hampden Court Palace. Right now, you can get 2022 British Tudor Beasts Lion 1 oz Platinum Coins online.

BGASC is pleased to offer you the 2022 British Tudor Beasts Lion 1 oz Platinum Coin online in Brilliant Uncirculated condition. Individual coins come in plastic flips. Multiples of 10 come in an acrylic tube, while multiples of 100 come in boxes with a total of 10 separate 10-coin tubes. The Lion of England is the first design in the BU Series of Tudor Beasts.

On the obverse side of 2022 Tudor Beasts Lion 1 oz Platinum Coins is an effigy of Queen Elizabeth II. Her Majesty is shown here in a 2015 design from Jody Clark. Created as the fifth-generation portrait of the Queen, this effigy shows her in right-profile relief at the age of 89 with the George IV State Diadem Crown. Inscriptions on this face of the coin include 100 POUNDS, ELIZABETH II, and D.G. REG F.D.

The reverse face of the 2022 British Tudor Beasts Lion Platinum Coin features a depiction of the Lion of England. In this design, the Lion of England wears the Imperial Crown as it supports a shield with the impaled arms of King Henry VIII and Jane Seymour, his third wife. The shield features Henry VIIIs Royal Arms on the left with the coat of arms of Jane Seymour on the right. The inscriptions include LION OF ENGLAND, 1 OZ, FINE PLATINUM, 999.5, and 2022.

The new Tudor Beasts Series from the Royal Mint features new designs on the reverse but replicates the options available from the Queens Beast Series. This includes BU coins in each design release of 1 oz gold, 1/4 oz gold, 2 oz silver, 10 oz silver, and 1 oz platinum.