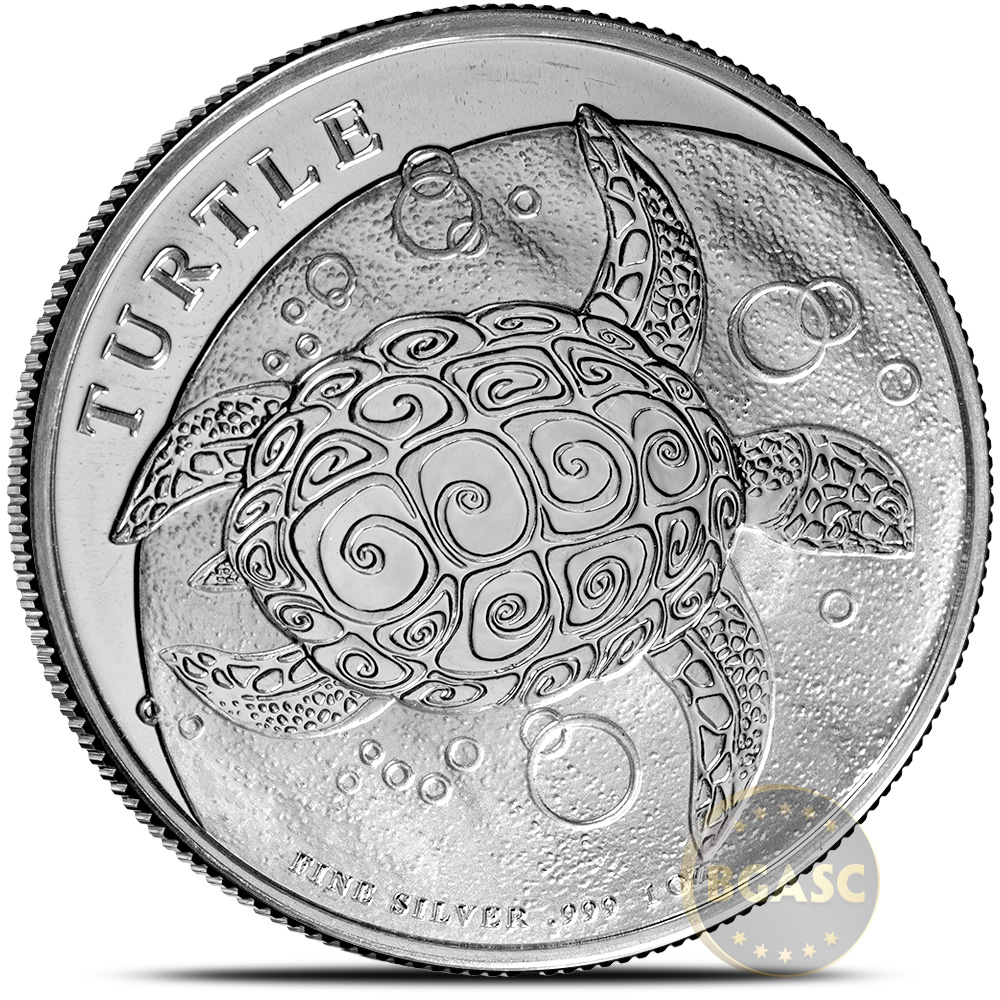 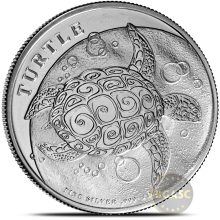 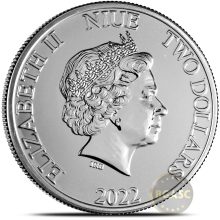 First issued in 2010, the Niue Hawksbill Turtle Silver Series is available in a handful of weights today and has expanded over time to include a gold bullion option as well. The leading option in the series remains the 1 oz silver coin, the one option produced with the greatest regularity. Right now, you can buy 2022 New Zealand $2 Niue Hawksbill Turtle 1 oz Silver Coins online from BGASC.

With your purchase of the 2022 New Zealand $2 Niue Hawksbill Turtle 1 oz Silver Coin in this BGASC listing, you will receive a coin that is in Brilliant Uncirculated condition. The 1 oz silver coins in this series ship individually in plastic flips and are also available in plastic tubes of 25 coins.

On the obverse of 2022 New Zealand $2 Niue Hawksbill Turtle Silver Coins is an effigy of Queen Elizabeth II. Designed in 1998 by Ian Rank-Broadley, this portrait of the Queen featured on British coins from 1998 to 2015, Australian coins from 1999 to 2018, and remains a popular choice on the coins of Commonwealth nations like Niue, Tuvalu, and the Cook Islands. The effigy shows the Queen in right-profile relief with the Girls of Great Britain and Ireland Tiara. The inscriptions on this face read ELIZABETH II, NIUE, TWO DOLLARS, and 2021.

The reverse field of 2022 New Zealand $2 Niue Hawksbill Turtle 1 oz Silver Coins comes with a depiction of the hawksbill. A species of sea turtle, the hawksbill has a global distribution throughout the equatorial belt of the Atlantic, Indian, and Pacific Oceans. The design here shows the turtle swimming along through the water with bubbles passing around its figure. There is a smooth sliver along the side that reads TURTLE, with an inscription below the design element of FINE SILVER .999 1 OZ.

Niue Hawksbill Turtle Coins were initially issued by the New Zealand Mint from 2010 to 2013 as the Fiji Taku. The design on the reverse was essentially the same, with the TURTLE inscription then reading TAKU instead, using the native Fijian term for the species. As of 2014, the coins have been issued for Niue.