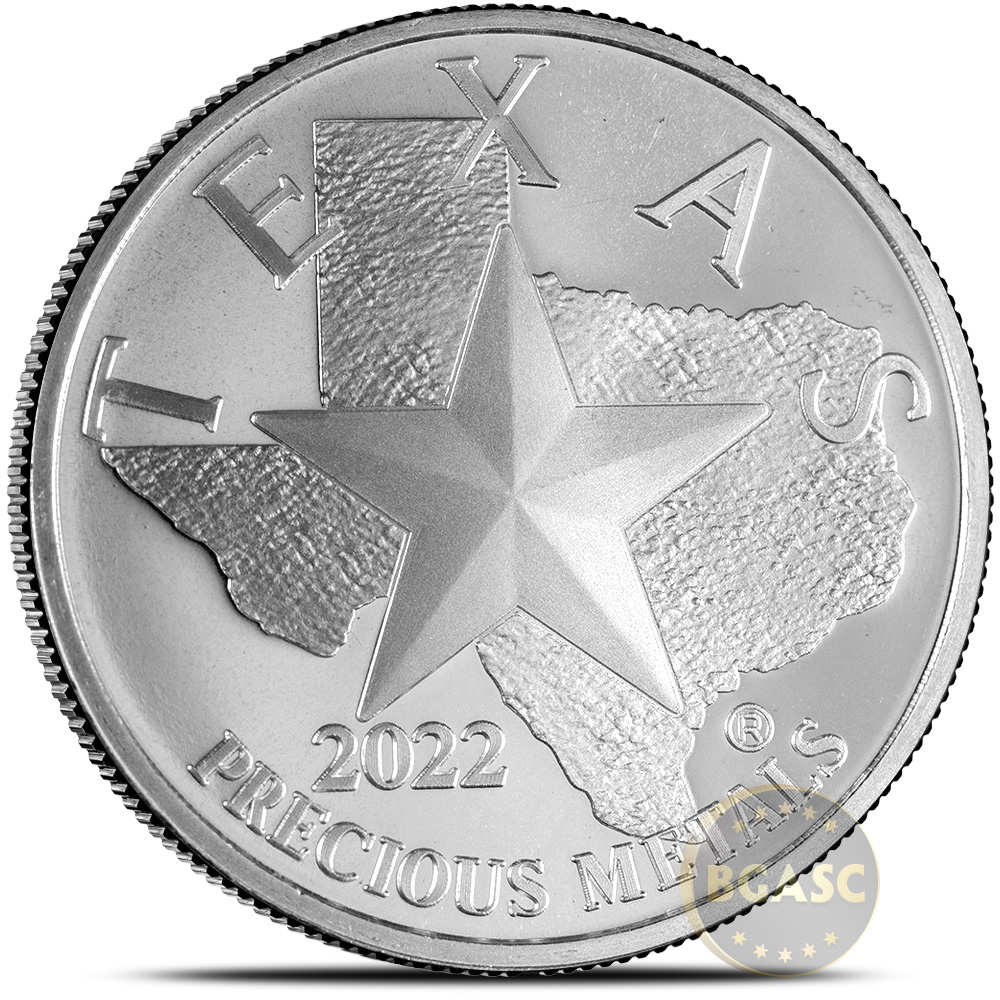 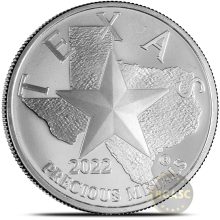 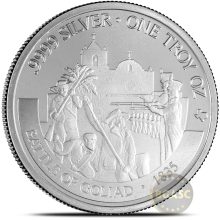 The Texas Revolution Series at the Texas Mint enters its third release in a four-round series in 2022. Chronicling the battles that took place during the six-month-long Texas Revolution, these reverse designs capture the moments of success and defeat the Texians faced on their path to victory of the Mexican Republic. In the end, these brave freedom fighters established the independent Republic of Texas. Provident Metals now has 1 oz Silver 2022 Rounds available to you for purchase online.

When you purchase a 1 oz Silver 2022 Round online at Provident Metals, you will receive a silver round that is individually packaged in a flip. Multiples in this series come with protective tubes of 25 rounds, mini-Monster Boxes of 250 rounds, or Monster Boxes of 500 silver rounds. The mini box features 10 tubes in total, while the traditional Monster Box holds 20 tubes.

On the obverse of the Silver 2022 Round from the Texas Mint, the image of the Great State of Texas is featured. This traditional design for the series features a textured outline of the State of Texas with a large Lone Star superimposed at the center. Inscriptions on this face include TEXAS, PRECIOUS METALS, and 2022.

The reverse face of 1 oz Silver 2022 Rounds comes with an image of Texians fighting the Mexican Army during the Battle of Goliad. This design includes a depiction of Presidio La Bahia, later named Fort Defiance, in the background. The inscriptions on this side of the coin include .9999 SILVER, ONE TROY OUNCE, BATTLE OF GOLIAD, and 1835.

The Battle of Goliad was part of the larger Goliad Campaign along the Gulf Coast of Texas during the Texas Revolution. The battle itself was an initial victory for the Texians, though failed attempts to reinforce them resulted in defeat later on and would lead to the Goliad Massacre, an event in which the Mexican Army executed most of the Texians who surrendered.

Outraged, Texians rallied to the cause of the revolution and, combined with the outrage from the Battle of the Alamo, the Texan Army later defeated the Mexican Army at the Battle of San Jacinto, capturing General Santa Anna and ending the conflict.

Provident Metals customer service is available to assist you at 800-313-3315. We are also available online using our live chat and email address features.