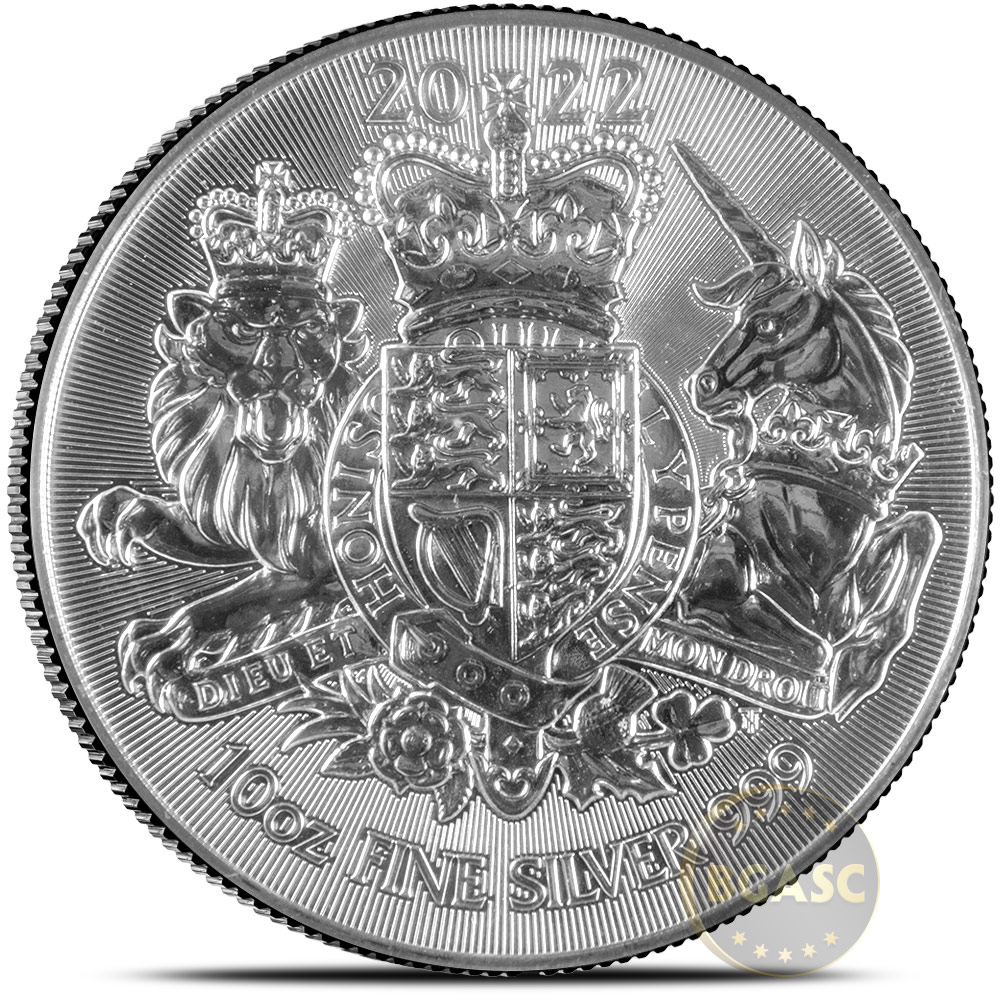 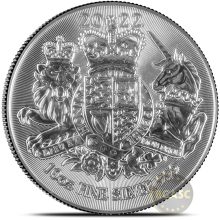 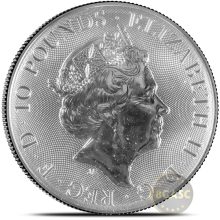 With your purchase of the 2022 British Royal Arms 10 oz Silver Coin online, you will receive a coin with an individual protective capsule. Coins in this listing are all in Brilliant Uncirculated condition.

The obverse of the 2022 British Royal Arms Silver Coin comes with an effigy of Queen Elizabeth II. In this 2015 design from Jody Clark, the Queen is featured in right-profile relief wearing the George IV State Diadem Crown on her head. This effigy captures the Queen at the age of 89 and is the fifth-generation portrait to grace British coins. The design field includes a guilloche pattern in the background with inscriptions of 10 POUNDS, ELIZABETH II, and D.G. REG. F.D.

On the reverse side of 2022 British Royal Arms 10 oz Silver Coins is an image of the modern Royal Arms of England. This design shows the quartered shield with the coat of arms of England, Scotland, and Northern Ireland, as well as the Lion of England and the Unicorn of Scotland. The Imperial Crown is featured at the top of the design element. Inscriptions include 2022 and 10 OZ FINE SILVER 999. The background field is filled with radial lines.

The first official Royal Arms of England lives on today in the coat of arms of England. As featured in the first and fourth quadrants of this design, the original Royal Arms comes from King Richard I and was adopted in 1198. It was based on his personal seals and emblems carried into battle during the Third Crusades. It features three stacked lions, each one in passant guardant pose.