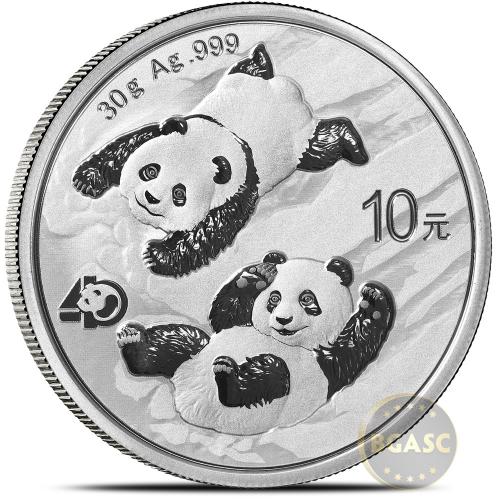 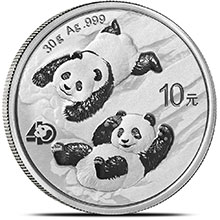 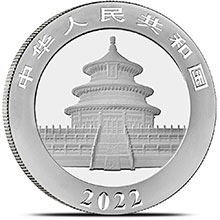 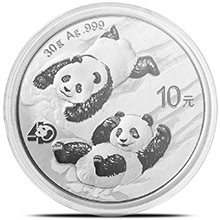 Most of the worlds best-selling bullion coin collections have a long history behind their designs and release. The South African Krugerrand has been available for more than 50 years, the Canadian Maple Leaf for more than 40, and the American Eagles celebrated 35 years in 2021. In 2022, the spotlight shines on the Chinese Panda bullion coins as the series marks its 40th anniversary. BGASC now has 2022 Chinese Panda 30 Gram Silver Coins available to you for purchase online.

When you purchase the 2022 Chinese Panda 30 Gram Silver Coin online in this BGASC listing, you will receive coins that are in Brilliant Uncirculated condition. Coins in this series ship with plastic capsules individually, trays for multiples of 30 coins, and Monster Boxes for multiples of 600 coins.

For the obverse design of 2022 Chinese Panda Silver Coins, the mint features an all-new effigy of the Giant Panda. In the 40th-anniversary design, the mint offers an image of two pandas on a snowy hill. The pandas are playfully sliding down the snow-covered hill with one on its back going feet first as the other is on its stomach going down head-first. This side includes the 40th-anniversary mark, the 40 digits with a panda coming out of the 0. Other inscriptions on this side include 30 G AG .999 and 10, the face value of the coin.

In the reverse design of 2022 Chinese Panda 30 Gram Silver Coins, you will find the original Hall of Prayer for Abundant Harvests image. This design shows the exterior of the building with a wide edge to the design field that has inscriptions of the date mark 2022 and the name PEOPLES REPUBLIC OF CHINA in Hanzi, the written language of the nation.

BGASC’s customer service is available to assist you at 888-992-4272. Alternatively, you can chat with us live online or simply send us an email.