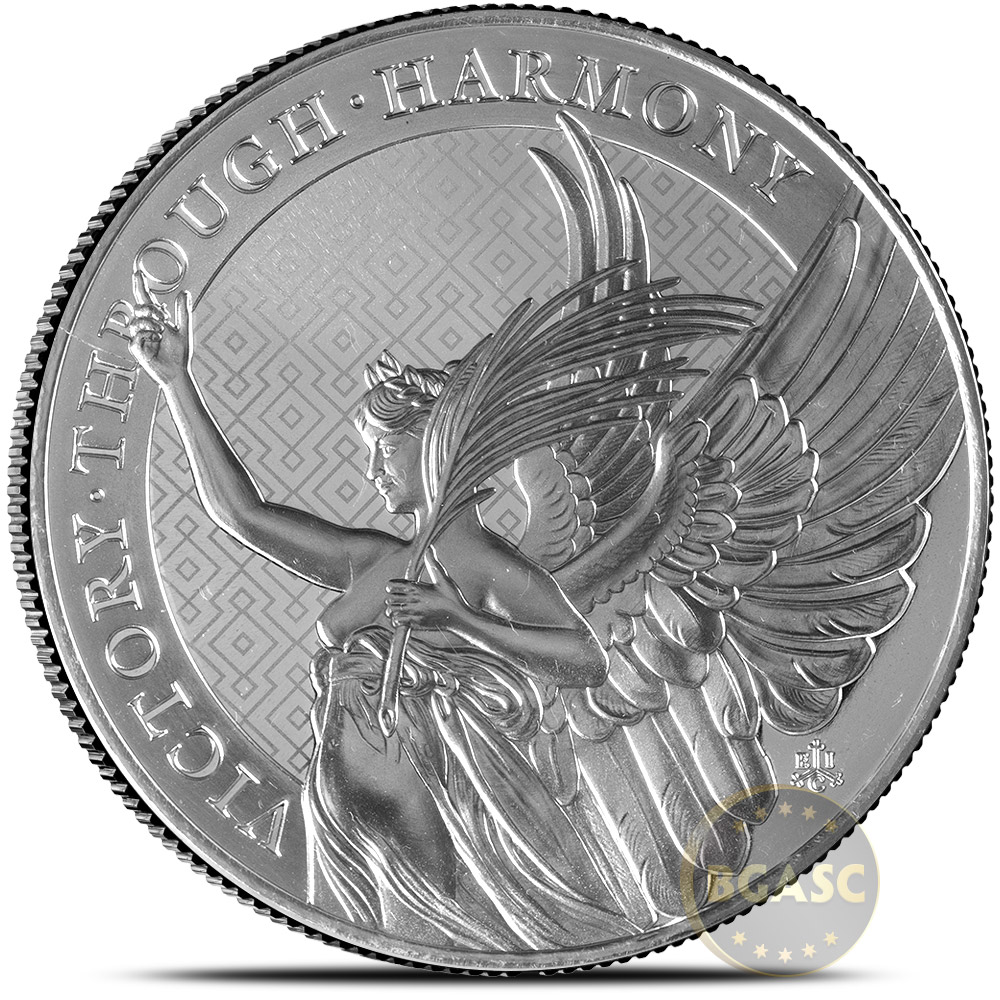 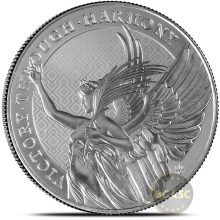 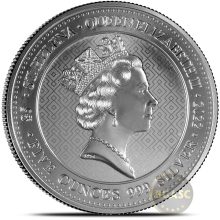 The largest coin available in the Queens Virtues Series from the East India Company and the Issuing Authority of St. Helena is the 5 oz silver BU coin. This recent introduction to the series brings the first design, that of Victory, to life on a larger blank. Today, you have the opportunity to get 2022 St. Helena Queens Virtues Victory 5 oz Silver Coins online.

The new Queens Virtues Series from the East India Company is a six-coin release celebrating the six allegorical figures from the Queen Victoria Memorial. Erected in London after her passing, the Queen Victoria Memorial is topped by a statue of Victory, but also includes allegorical figures representing Truth, Justice, Charity, Courage, and Constancy.

On the obverse of 2022 Queens Virtues Victory 5 oz Silver Coins, you will find an image of Queen Elizabeth II. Her Majesty is captured here in right-profile relief wearing the George IV State Diadem Crown. This 1985 design from Raphael Maklouf is the third-generation effigy of the Queen from British coins and is regarded as a timeless depiction of the monarch. Inscriptions on this face read ST. HELENA, QUEEN ELIZABETH II, 2022, FIVE OUNCES 999 SILVER, and 5 Pound.

The reverse side of the 2022 St. Helena Queens Virtues Victory Silver Coins comes with an image of the statue of Victory. The figure found at the top of the Queen Victoria Memorial, Victory is shown in left-profile relief with a laurel wreath crown, powerful wings, her right hand raised, and her left hand clutching a palm branch. Inscriptions on this field include VICTORY, THROUGH, HARMONY, and the EIC mint mark.

Victory is one of the six principles established by Queen Victoria during her then-record-setting reign in the 19th century. Today, Queen Elizabeth II carries these virtues of the Queen of England on into the 21st century.

These 2022 St. Helena Queens Virtues Victory 5 oz Silver Coins are available to you for purchase in Brilliant Uncirculated condition. The coins are individually housed in protective capsules, by multiples of 10 coins in sealed cardboard sheets, or by multiples of 100 in a Master Box. The box holds 10 separate 10-coin sheets.