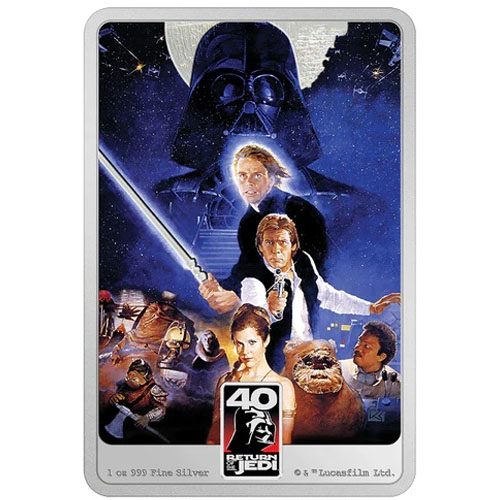 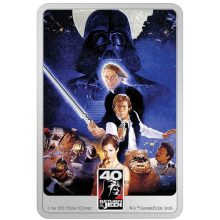 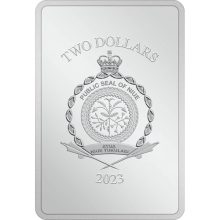 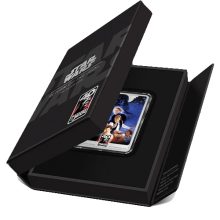 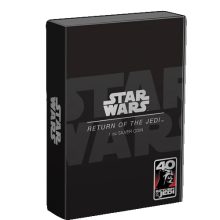 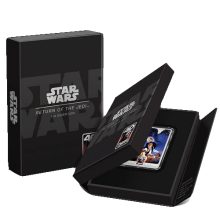 To celebrate the 40th anniversary of The Return of the Jedi, BGASC has an exciting new coin from The New Zealand Mint! Made of genuine silver, these fully licensed coins feature a colorized recreation of the original movie poster. Augmented with selective proof visuals, these specimens will look great on display in your Star Wars collection. May the Force be with you! Right now, BGASC offers you the 2023 Colorized Niue 40th Anniversary Return of the Jedi 1 oz Silver Coins online.

When you order 2023 Colorized Niue 40th Anniversary Return of the Jedi Silver Coins in this online listing, you will receive a fully-licensed specimen that holds legal tender status in Niue. The coins were produced by The New Zealand Mint and boast beautiful colorized visuals with selective proof elements. The coins will arrive nestled within a special Star Wars-themed case that includes a Certificate of Authenticity and the coins unique number within the limited mintage.

On the obverse of 2023 Colorized 40th Anniversary Return of the Jedi 1 oz Silver Coins youll see the Public Seal of Niue. Here there is an outer ring of garland accompanied by an inner circle depicting various plants found on the island. The seal is topped with a crown and also includes the motto Atua Niue Tukulagi, meaning God, Niue Eternally.

The reverse of 2023 Colorized Niue 40th Anniversary 1 oz Silver Coins contains the iconic poster for Return of the Jedi. This stylized, illustrated rendition was originally created by Kazuhiko Sano. It is a truly epic design, with Luke Skywalker positioned in the center holding a lightsaber. Surrounding Luke are other characters like Han, Leia, and Lando.

Star Wars is a beloved franchise created by George Lucas that consists of several film trilogies, TV shows, and spin-off novels. Fans were originally introduced to the Star Wars universe with A New Hope, which premiered in theaters in 1977. This was followed by The Empire Strikes Back in 1980, and Return of the Jedi in 1983.