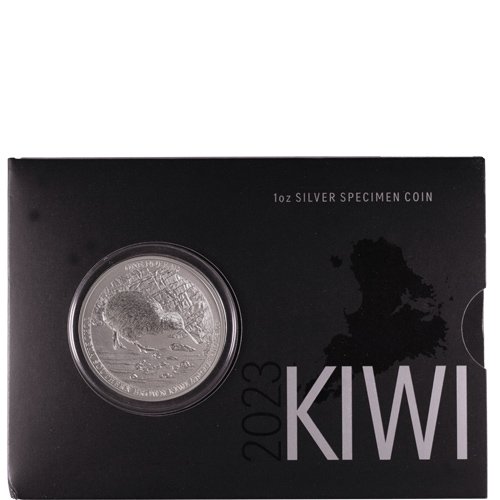 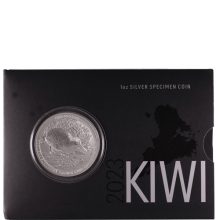 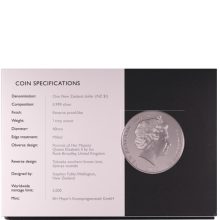 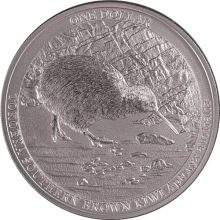 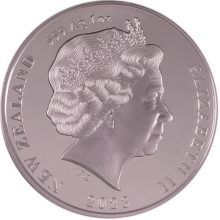 The national bird of New Zealand is once again the subject of an impressive coin design from Mayer Mint! The kiwi is a flightless bird with red-brown feathers and an unusually long beak. These coins feature the Southern Brown Kiwi, which is one of five species of this bird overall. Today, BGASC has the opportunity to get 2023 New Zealand Kiwi 1 oz Silver Coins online.

Each of these 2023 Kiwi 1 oz Silver Coins was produced by Mayer Mint and is considered legal tender under the monetary authority of the Reserve Bank of New Zealand. These coins were struck in .999 pure silver and augmented with a handsome black-nickel polish. They will arrive in sealed display cards in Brilliant Uncirculated condition. As such, few, if any, flaws will be evident on their surfaces.

An effigy of Queen Elizabeth II features on the obverse of 2023 New Zealand Kiwi Silver Coins. Here, the beloved Queen faces right and wears the Girls of Great Britain and Ireland Tiara. Artist Ian Rank-Broadley designed this portrait for The Royal Mint, who first debuted it in 1998.

A Southern Brown Kiwi occupies the reverse of 2023 New Zealand Kiwi 1 oz Coins. This memorable design by Stephen Hunter offers a side-angle view of the kiwi as it scavenges for food on the beach. This vantage point gives us a great look at the birds unusual shape and lengthy bill.

Unlike most kiwis, the Southern Brown Kiwi can sometimes be spotted during the day. Also known as the Tokoeka, this flightless bird is the largest of the five kiwi species. It can usually be found on various parts of the South Island as well as on Stewart Island. The Southern Brown Kiwi currently is split into two subspecies, A. a. australis and A. a. lawryi. Combined, they make for a population of just over 20,000 birds.

Please contact BGASC if you have any questions. You can call us at 888-992-4272, chat with us live online, or email us directly.