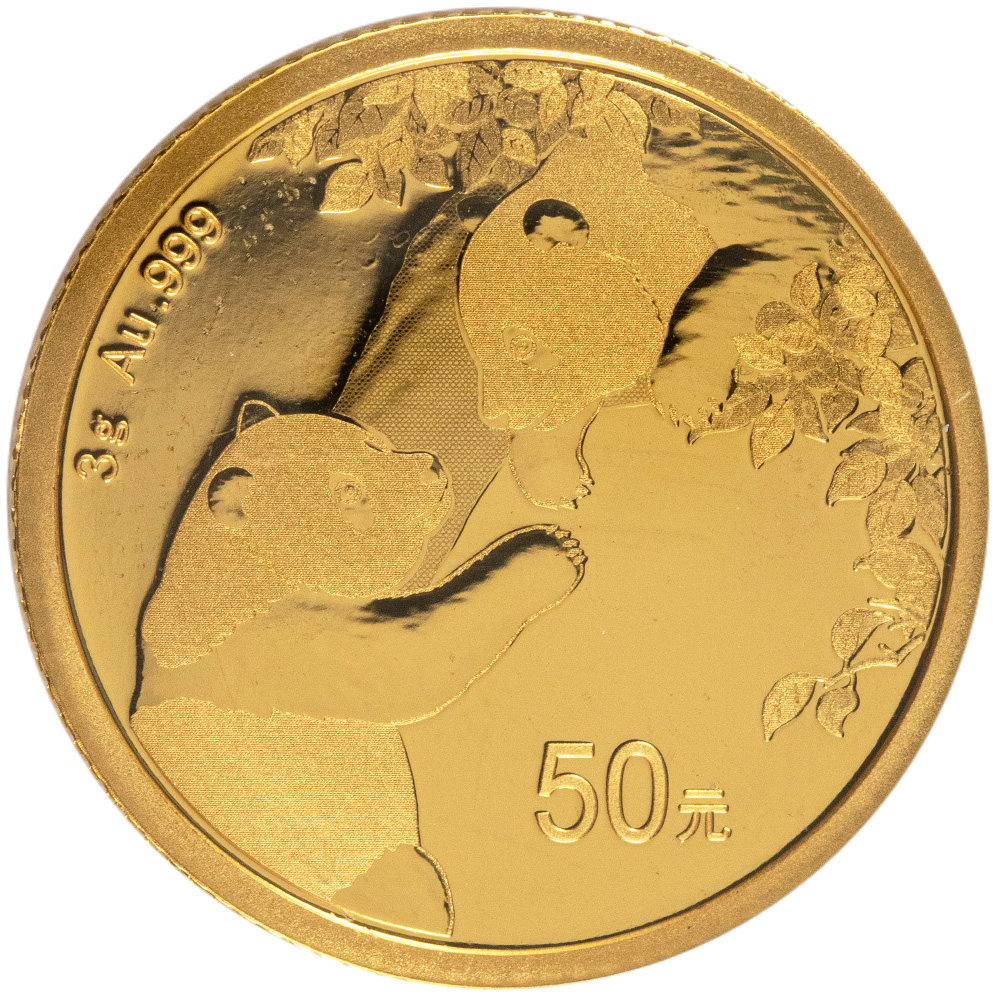 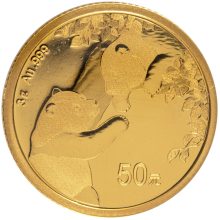 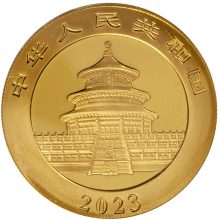 BGASC has the 2023 3 Gram Chinese Gold Panda Coin available to you for purchase in Brilliant Uncirculated condition, with each of the coins housed inside plastic pouches for delivery. The 3 Gram Gold Panda was previously issued by the Chinese Mint as the 1/10 oz Gold Panda from 1982 to 2015.

In the obverse design element of 2023 Chinese Gold Panda Coins, the Chinese Mint features a depiction of the Hall of Prayer for Abundant Harvests. This design element has been in use on the coins since the 1982 debut of the series.

For the reverse design field of 2023 3 Gram Gold Panda Coins, the mint offers a new design in 2023. Once again, the mint features two Giant Pandas in the design, with one of those pandas lying in the low branches of a tree. This panda reaches down with one paw toward a companion standing on the ground leaning against the trunk of the tree.

BGASC is available to assist you at 888-992-4272. Additionally, you can chat with us live online or email us directly.