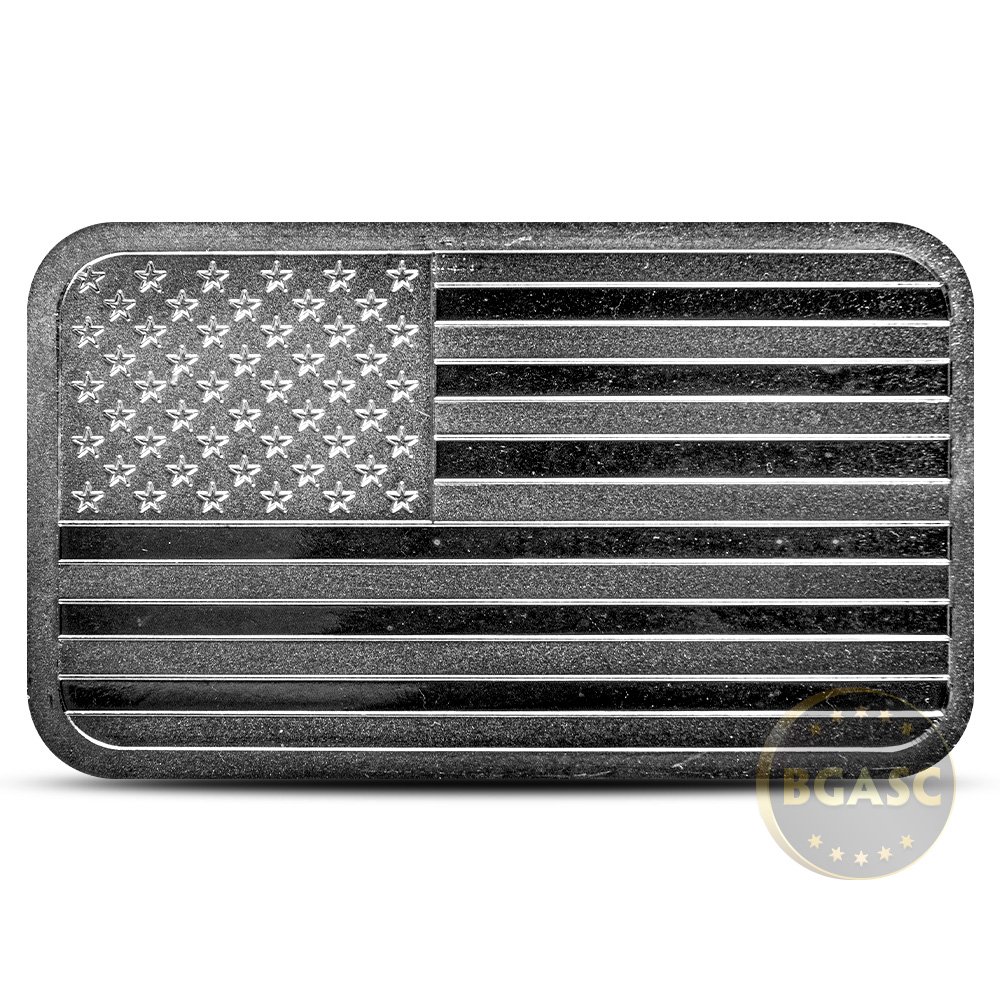 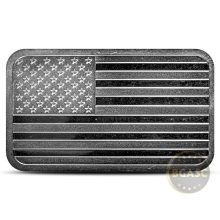 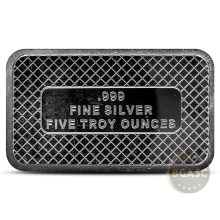 SilverTowne silver bars are among some of the best-selling silver bars of any private American mint. Available in a range of different weights, styles, and designs, one of the most popular from SilverTowne is the American Flag Bar. Now available in a 5 oz silver weight, this series offers a total of three weights for investors. BGASC currently has 5 oz Silver American Flag Bars available to you for purchase online.

When you purchase a 5 oz Silver American Flag Bar in this listing, you will receive a silver bar that is individually sealed in plastic. Multiples of 100 bars come in boxes. The newest addition to the SilverTowne American Flag Bar Series, the 5 oz bar offers the perfect option smack dab in the middle of the existing 1 oz silver and 10 oz silver options in this series.

For the obverse design of 5 oz American Flag Bars from SilverTowne, you will find the modern American flag depicted in landscape orientation. The flag shows off its beautiful field of 13 stripes with alternating frosted and mirrored visuals for contrast between each stripe. The canton in the upper left has a field of 50 stars, one for each of the current states in the Union.

In the reverse design of the 5 oz Silver American Flag Bar, SilverTowne offers a cross-hatched background field. At the center of the design field is a clean surface with the inscriptions of the identifying hallmarks. These hallmarks are noted a .999 FINE SILVER FIVE TROY OUNCES.

The first official American flag was known as the Grand Union Flag and actually featured the Union Jack of the United Kingdom in the canton field that we now see as a field of blue with 50 white stars. When a more American design was adopted in July 1777, it had the familiar red-and-white stripes with a blue field in the canton that boasted a ring of 13 white stars.

The version of the American flag shown here was designed by 17-year-old Robert G. Heft in 1958. His design included the now-familiar field of 50 white stars, but was adopted by the nation at a time when Alaska had been admitted as the 49th state in the Union, but Hawaii had not yet been admitted to the Union.