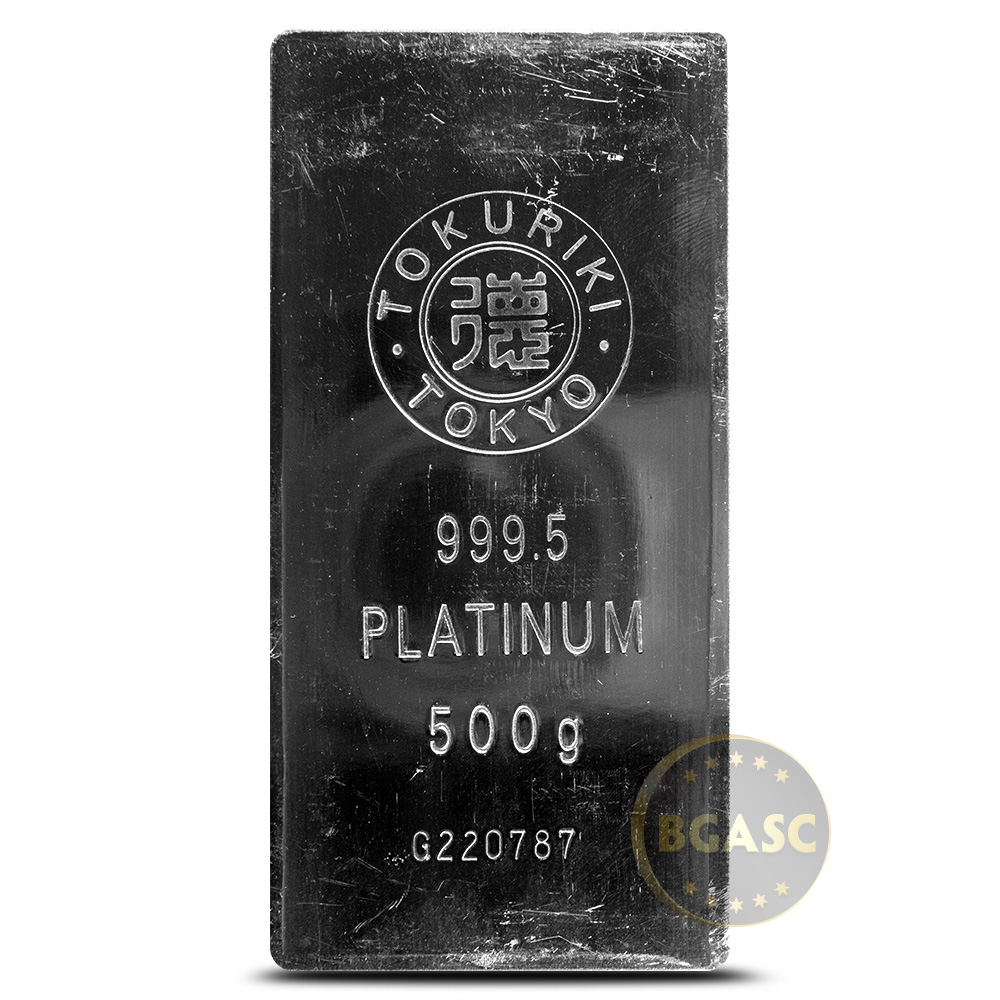 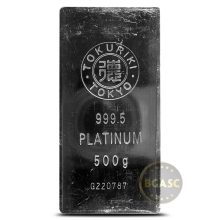 There are many ways to invest in platinum bullion, from minted ingots to 1 oz coins. Cast platinum bars are the best options for those looking to make large purchases of platinum as an investment. Tokuriki is one of Asias leaders in precious metals refining, and has a global presence that includes London Bullion Market Association accreditation. Right now, you can get 500 Gram Platinum Bars online.

BGASC is pleased to offer the 500 Gram Platinum Bars to you brand new from the mint. The bars will ship inside of standard cardboard boxes. Each one is a product of Tokuriki Honten Co. Ltd. Tokuriki is the oldest refiner and trader of gold in Japan. The company has been headquartered in Tokyo since it started a refining business in 1727.

For the obverse design of the 500 Gram Platinum Bar from Tokuriki, you will find all of the identifying hallmarks of the bar. The inscriptions are aligned down the vertical face of the bar, with the Tokuriki logo at the top. The logo features Japanese characters at the center with English text around that reads Tokuriki and Tokyo. The other inscriptions on this side read 999.5, Platinum, and 500g. The bars also feature a serial number that is stamped near the bottom of the bar.

Cast platinum bars such as these 500 Gram Platinum Bars have a blank reverse field. Most cast bars have a blank side because it is not feasible to access both sides of the bar as the product cools in its prefabricated mold. Even when the reverse is blank, it is not without some visual appeal as natural striations, lines, and textures tend to form as the metal settles and cools after being poured into the mold.

Tokuriki can trace its roots back to 814 and the Emperor Saga. The first commercial operation it formed came in 1624, with its involvement in precious metals beginning in 1727 when it was ordered by the Tokugawa Shogunate to refine gold and silver for use in trade. The company has maintained the same headquarters in Tokyo since 1727, but its refining operations have moved out of the city, first from Tokyo to Sagami in 1966 and then to Shobumachi in 1999.