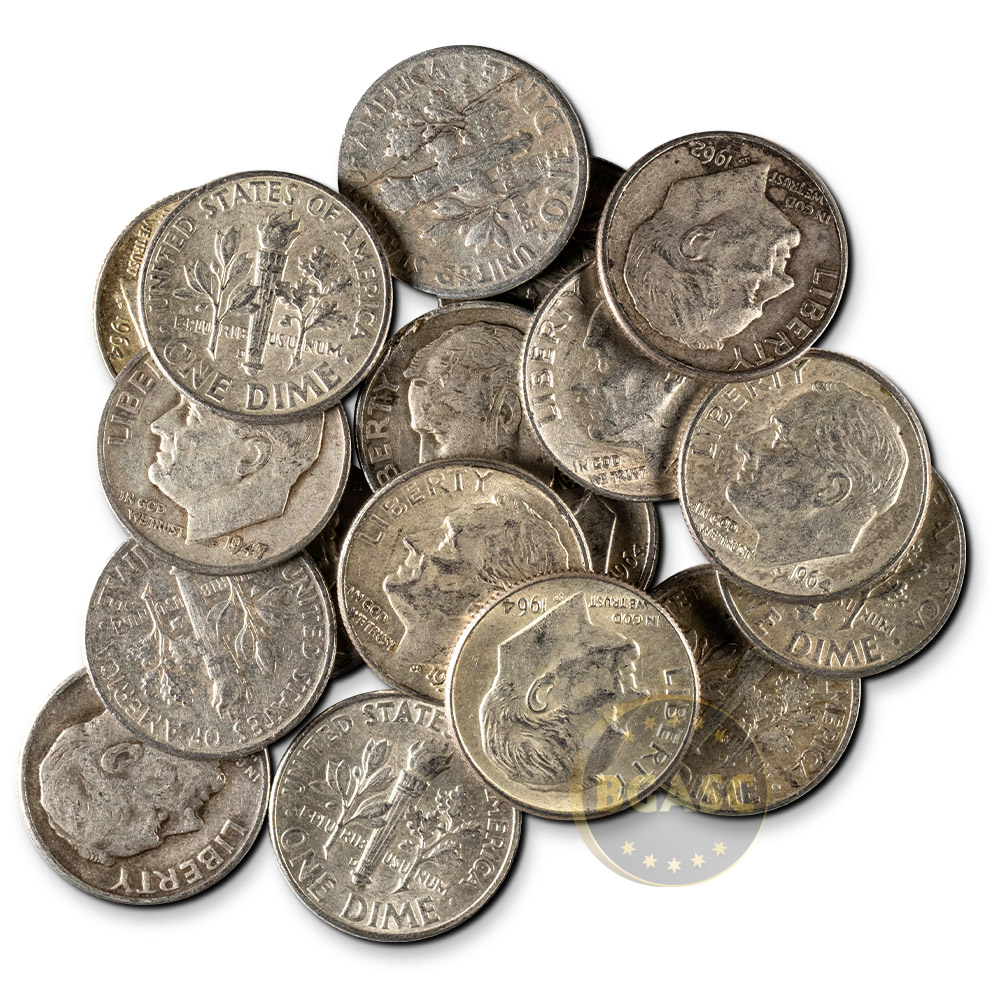 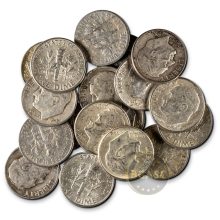 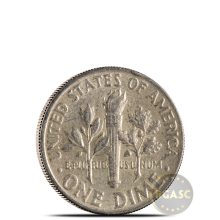 Any quantity available for $12.79 per oz over spot!

Circulation silver denominations in the United States prior to 1964 contained 90% silver content in the coin. US legislation requires designs to remain on coins for 25 years before changes can be made. Most American coins now in circulation have had the same designs for decades, with the Roosevelt Dime a perfect example. Today, you have the opportunity to purchase a $100 Face Value of 90% Roosevelt Silver Dimes from Provident Metals.

President Franklin D. Roosevelt died in office in 1945 shortly after winning a record fourth term as President of the United States of America. Following his death, a movement was started to place a bust of President Roosevelt on the face of a coin. Due to his involvement with the March of Dimes program, the US dime was chosen as the format for his effigy. Starting in 1946, his image was placed on the dime.

John R. Sinnock designed both the obverse and reverse elements of the 90% Roosevelt Silver Dimes. The obverse of the coin includes a right-profile portrait of President Roosevelt with inscriptions of Liberty, In God We Trust, and the date mark on this side of the coin.

Sinnock created the image of a torch with branches of olive and oak on the reverse of 90% Roosevelt Silver Dimes. This image includes inscriptions of United States of America, E Pluribus Unum, and One Dime. The mint mark for the coins featured on the reverse from 1946 to 1964, with Philadelphia Mint coins bearing no mint mark and those struck at the Denver Mint, San Francisco Mint, and West Point Mint bearing D, S, or W marks to the left below the torch.

The Roosevelt Dime is, relatively speaking, one of the youngest designs on an American coin. Introduced in 1946, the Roosevelt Dime remains in circulation today. However, in this product listing the only coins you can receive come from the 1946-1964 date range when 90% silver was still used in the coins. All coins issued from 1965 to present have the modern cupro-nickel alloy content instead.

The $100 Face Value of 90% Roosevelt Silver Dimes you purchase here arrives in a plastic bag and contains a total of 1,000 Roosevelt Dimes. The date marks and mint marks (if any) will vary, but all add up to a total of $100 (USD) face value.

Please reach out to Provident Metals if you have any questions. We are available at 800-313-3315, online using our live chat, or via our email address.