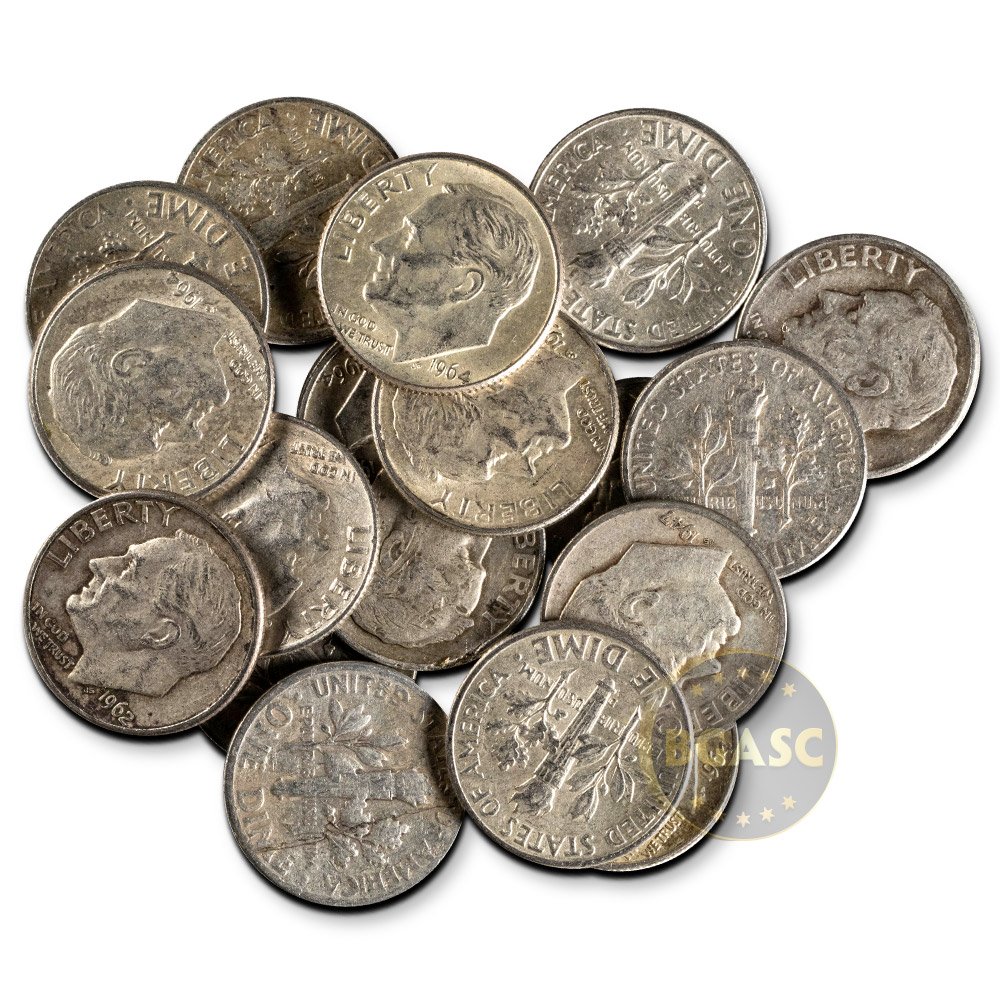 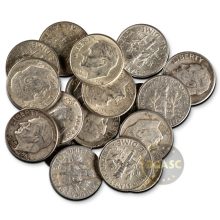 Any quantity available for $12.79 per oz over spot!

Prior to the 20th century, no US President had ever featured on national coinage. Beginning in 1909, some of the nations most iconic presidents would begin showing up on US coin designs in the 20th century in place of Liberty. Among those to appear in the 20th century was President Franklin D. Roosevelt, the only man to ever serve more than two terms in office. BGASC now offers $500 Face Value bags of 90% Silver Roosevelt Dimes for you to purchase online.

The obverse of the 90% Silver Roosevelt Dimes includes a left-profile portrait of President Franklin D. Roosevelt. Designed by John R. Sinnock, the image includes inscriptions of Liberty, In God We Trust, and a date mark. The JS initials of Sinnock are also found on this side of the coin.

On the reverse side of 90% Silver Roosevelt Dimes is a depiction of a torch in the center flanked by an oak branch and an olive branch. Also designed by Sinnock, this side of the coin includes inscriptions of United States of America, E Pluribus Unum, and One Dime. During this coining period, the US Mint put mint marks to the lower left of the torch. Denver Mint, San Francisco Mint, and West Point Mint coins have D, S, and W mint marks on this field, while Philadelphia Mint coins have no mint marks.

Four US Presidents would come to feature on US silver coins and the copper penny in the 20th century. President Abraham Lincoln was the first, coming to the penny in 1909. President George Washington was put on the quarter in 1932, and President Franklin D. Roosevelt was the third when his image came to the dime in 1946. President John F. Kennedy was the fourth to join US coins in 1964 when he appeared on the half dollar.