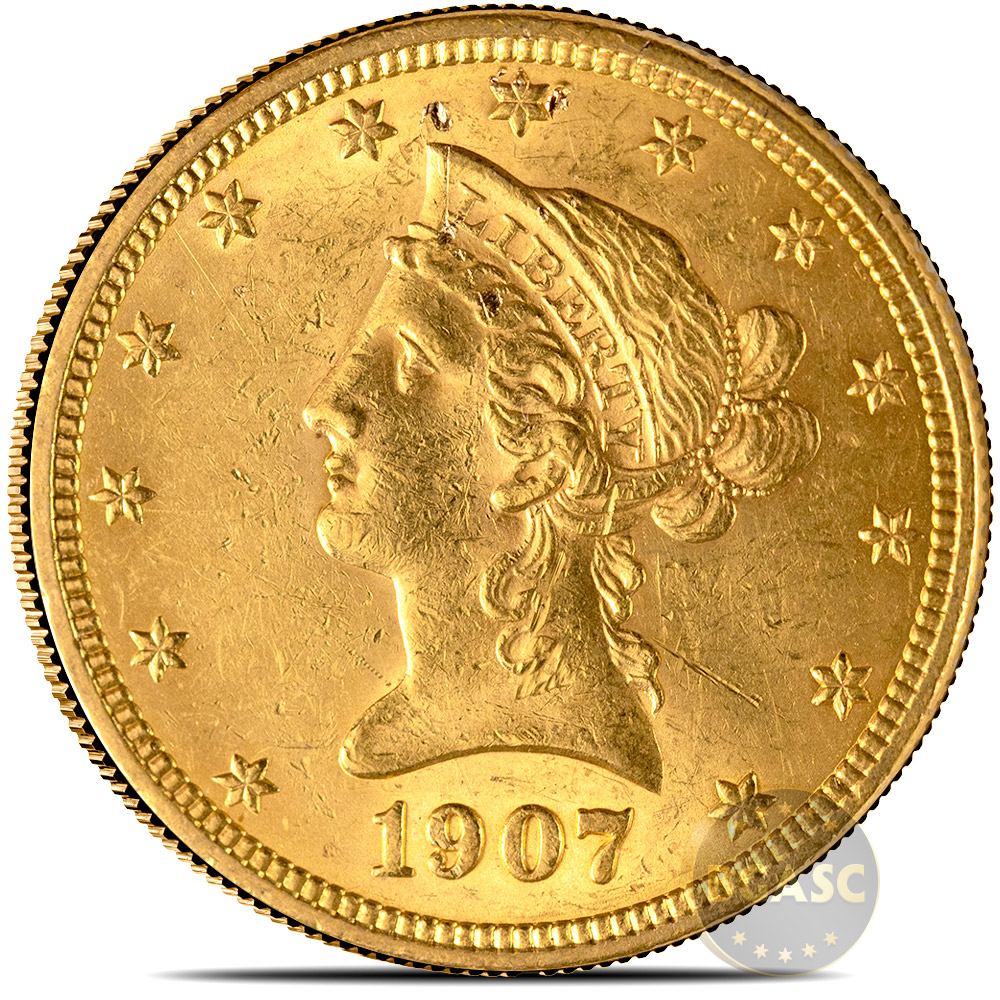 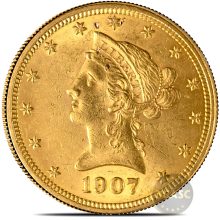 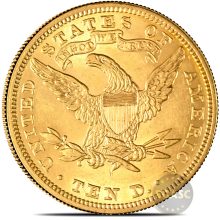 The $10 Liberty, also sometimes called the $10 Coronet type, displays a female image of Liberty on the obverse. She is wearing a crown (hence the “Coronet” nickname) with the inscription “LIBERTY” displayed prominently. Thirteen stars (as a reference to the thirteen original American colonies) are placed at the periphery. The coin’s date appears at the bottom.

As was typical for many 19th- and early 20th-century American coins, the $10 Liberty reverse shows an eagle with outstretched wings. The bird is positioned behind a shield and clutches both arrows and an olive branch. This symbolized America’s desire for peace and the nation’s ability to defend itself in military conflict. In 1866, the motto “IN GOD WE TRUST” was added above the eagle’s head; coins dated before 1866 will not show this inscription. The denomination is expressed as “TEN D.” and appears towards the bottom.

About the $10 Liberty Eagle Gold Coin

The $10 Liberty Eagle was a mainstay of American commerce in the 19th and early 20th centuries. Until the introduction of the $20 Double Eagle in 1849, the $10 Eagle was the highest denomination issued by the United States Mint. In addition to circulating widely, the $10 Eagle was often used by governments, banks, and financial institutions for large transactions.

These $10 Liberty Eagles may be cleaned, worn, and/or scratched. However, they retain their full metal content (0.48375 oz fine gold) and all major design details are fully intact. Low premium specimens like this are the most cost-effective way to own $10 Liberty gold coins. They provide collectors and investors with the opportunity to own a classic American gold coin for just a small amount over melt value.

The coins in this category will have a random year of issue depending on our current inventory.

Depending on the quantity ordered, your coins may be shipped in vinyl flips or plastic tubes.