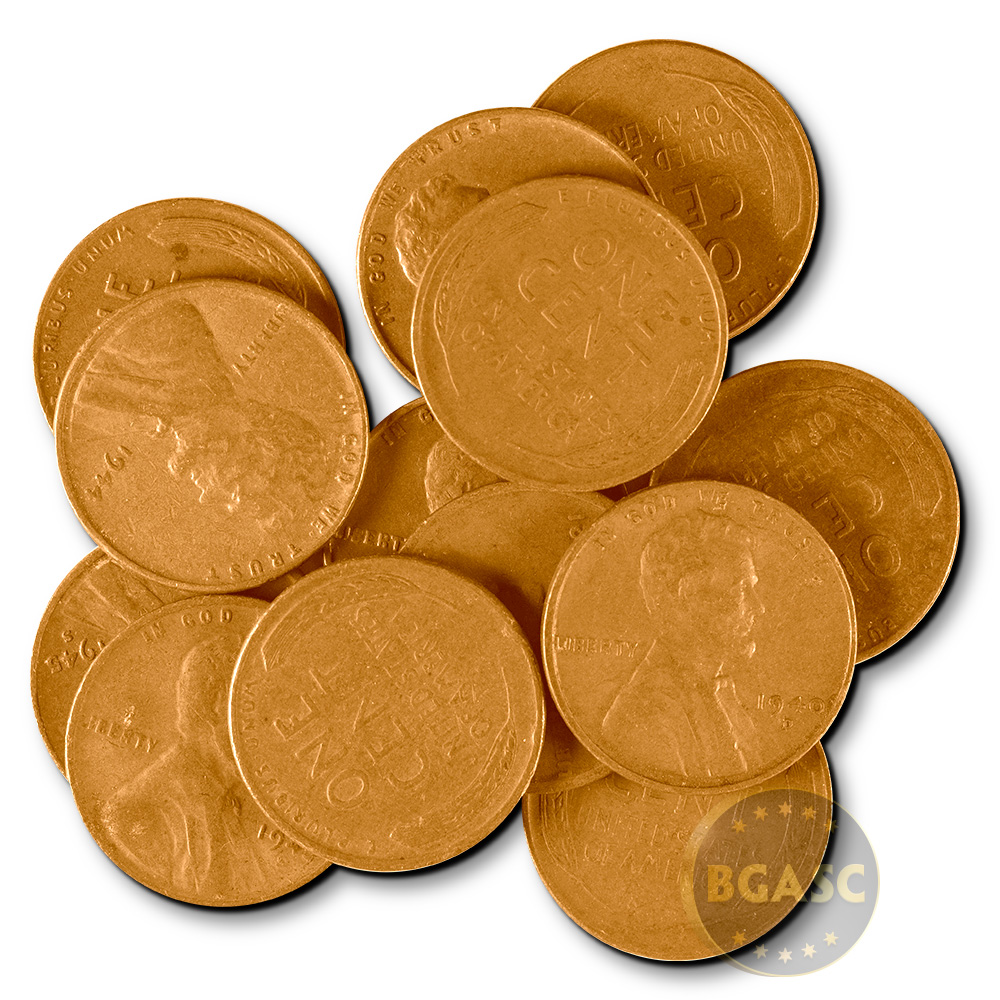 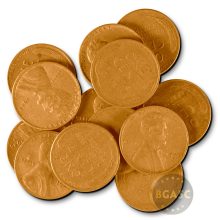 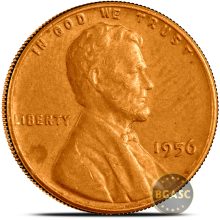 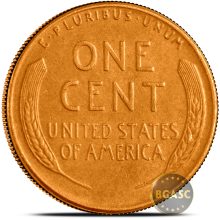 The bust of President Abraham Lincoln featured on the modern US penny has been on the coin for more than a century. President Lincoln was the first former US president to appear on American coinage when his bust was added to the obverse of the copper US penny in 1909. The first generation design of the penny with his image was known as the Wheat Penny for its distinctive reverse. BGASC now offers Wheat Pennies in bulk 1 Pound Mixed Bags for you to purchase online.

When you purchase these Wheat Pennies 1 Pound Mixed Bags, you receive a canvas bag containing a total weight of 1 Pound of US pennies. The pennies included in this bag come from the Lincoln Cent design series known as the Wheat Penny. These were struck from 1909 to 1958 by the United States Mint and the term Wheat Penny refers to the reverse design element as President Lincolns bust remains on the obverse in the modern era.

We cannot guarantee what date marks you will receive inside of the bag, but you can expect to receive a range of dates from the 1910s and 1920s through the 1950s. Please keep in mind it is also possible for the Steel Pennies issued in 1943 during World War II to feature in this bag. The designs are the same for these pennies, but rather than 95% copper these coins have zinc plating around a steel core.

On the obverse side of Wheat Pennies, you will find the right-profile bust of President Abraham Lincoln. The portrait was created in 1909 by Victor David Brenner. The original design from Brenner included his VDB initials in the design field, but only a small number of these coins were issued by the San Francisco Mint, with the initials removed from later strikes and not used on strikes from other mints in 1909.

The reverse face of the Wheat Penny gives this particular design program its name. Brenner’s original design includes two large wheat stalks framing the design field with One Cent and United States of America included inside of the wheat stalks, while E Pluribus Unum is engraved above.

The Wheat Penny design remains tied for the longest-running penny design in the Lincoln Cent range as it was issued for 49 years. It was replaced by the Lincoln Memorial reverse design starting in 1959, with that design also used for 49 years as it was last struck in 2008. The 2009 reverse was a one-time release of the Lincoln Bicentennial feature a replica of his childhood home on the reverse to mark the 200th anniversary of his birth. Since 2010, the Union Shield has featured on the reverse.