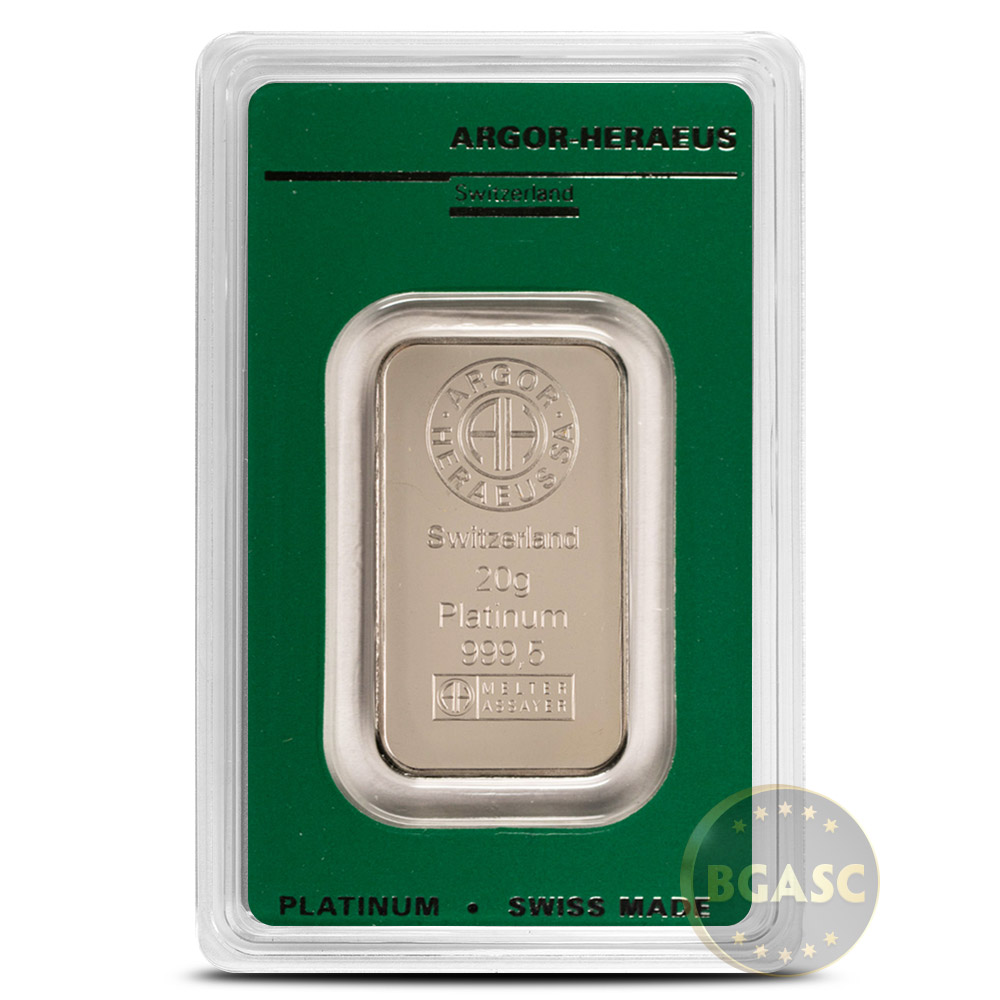 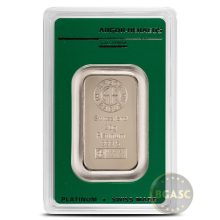 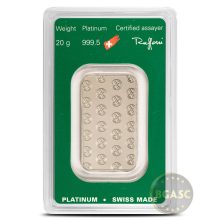 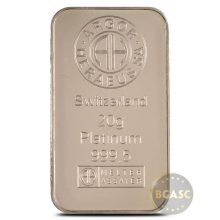 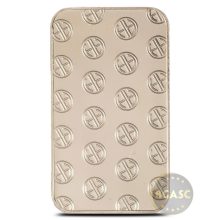 Although its name is derived from a Spanish root that defines it as little silver, make no mistake, platinum is a big player in the precious metals industry. With demand for platinum soaring among other industries, investors have shown renewed interest in platinum bullion in the 21st century. Refiners have responded with the production of a wider range of platinum options. Today, you have the opportunity to buy 20 Gram Platinum Bars from Argor-Heraeus online.

Platinum is a popular metal among investors in the 21st century, with a lot of that renewed interest coming as a result of its increased use in other industries. The increased demand has stretched available supplies, making platinum an attractive investment. Examples of other uses for platinum beyond catalytic converters and platinum bars include lab equipment, electrical contact, electrodes, dental equipment, and even as part of compounds used in chemotherapy treatments targeting certain forms of cancer.

For the obverse design element, these 20 Gram Platinum Bars feature the Argor-Heraeus logo. The mint logo includes a central circle with the AH initials of the mint curved and stylized to fill the entire circle. The outer ring around this includes inscriptions of Argor Heraeus SA. Below this, additional inscriptions read Switzerland and 20 g Platinum 999,5. The final marking on this side is the assayers stamp.

While gold and silver were known to some of the worlds greatest empires dating to the time of Ancient Egypt, platinum is considered to have been discovered in the 16th century. However, this merely refers to the first written references of the metal in European culture. Early Spanish explorers who reached the New World discovered that pre-Columbian indigenous cultures in Central and South America had been working with a silver-like metal in native artwork. This turned out to be platinum, hence the name of the metal. The Spanish called it platino, which translates as little silver.

20 Gram Platinum Bars from Argor-Heraeus are packaged inside of sealed blistercards and presented with an assay card. The assay authenticates the important factors of the bar, such as its weight, purity, and metal content.